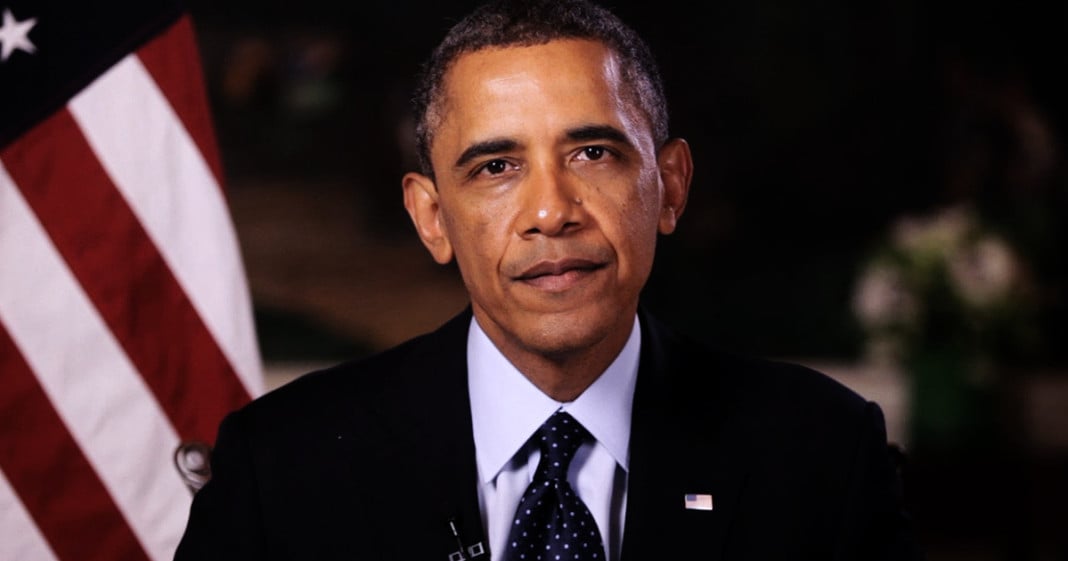 Respected liberal talk show host and former California Democratic chairman Bill Press has a new book out, entitled Buyer’s Remorse: How Obama Let Progressives Down. Press’ book is a reflection on all the ways President Obama failed to live up to his promises and his liberal-progressive potential, particularly on the issues of health care, gun control and climate change. While liberals and progressives may certainly agree that Barack Obama didn’t quite deliver on many of his promises, one must wonder if Press isn’t being a little too harsh.

Appearing on HuffPost Live, Press said that the word he has most often heard from liberals and progressives (including Democratic members of Congress) is “disappointment.” But is that all President Obama’s fault? Press observes what other pundits have pointed out: “We tend to project our own hopes, desires and aspirations on the person we’re supporting . . . we did that with Bill Clinton . . . and we did that with Barack Obama.”

To be sure, liberals and progressives had (and continue to have) high hopes and expectations – particularly after thirty years of right-wing economic policy that have brought the middle class to its knees and continues to exacerbate poverty and hardship across the nation. But did we – and do we – expect too much?

Press is particularly critical of Obama in his failure to provide a “public option” when the Affordable Care Act was being debated. “Obamacare is as close to universal health care as we’ve ever been – but it’s still a hodgepodge and it is a big bonanza for private insurance companies. There’s still 30 million Americans without health insurance . . . we still cannot negotiate drug prices with pharmaceutical companies.” He criticizes President Obama for taking single payer off the table from the get-go, and not even fighting for the public option against a recalcitrant Congress.

Bill Press makes valid points. President Obama has made some serious errors during his presidency, including giving approval to oil companies for Arctic drilling operations, choosing a drug industry insider to head the FDA, and his questionable support for the controversial Trans-Pacific Partnership.

On the other hand, we did expect a great deal from President Obama. After what we had been put through under Mad King George W.’s Reign of Error, we needed someone to believe in – and too many of us expected Barack Obama to be a superman. President Obama has failed in a number of ways, but so did We The People. The Congress President Obama has had to work with has been resistant to virtually every idea the he has had. Because President Obama is (A) African-American, (B) a democrat, and (C) has a “funny, furrin-soundin’” name, he has received more abuse from the mainstream corporate media than any Executive before him. Yet, he continues to carry on with quiet class and dignity.

In the end, President Obama’s failures are as much our own as they are his. It is something Press readily acknowledges: “Why did I write this book? The timing right now is a lesson that we have learned . . . we cannot elect another Progressive and then just sit back and expect them to do everything that we want them to do. We’ve got to make them do it – we’ve got to keep the pressure on.”

Bill Press’ statement recalls what President Franklin Roosevelt said to labor leaders when they presented him with their plans: “I agree with you, I want to do it – now, make me do it.” It is something that Bernie Sanders has noted when he reminded us that electing him President was not going to be enough. That is something the Press appreciates about Sanders and his call for “political revolution.” Press points out, “[Bernie] says the next President can’t sit there without rallying the American people.” But he also adds, “We [the People] can’t sit there and elect somebody without ourselves out on the streets – in front of the White House, in Congress . . . making sure the Progressive agenda is carried out.”

Let our experience with President Obama these past eight years be a lesson to us all. A President’s failure to advance a Progressive agenda is not just on the shoulders of the person holding Executive office. In a representative democracy, the responsibility is on all of us.

Democracy is not a spectator sport.