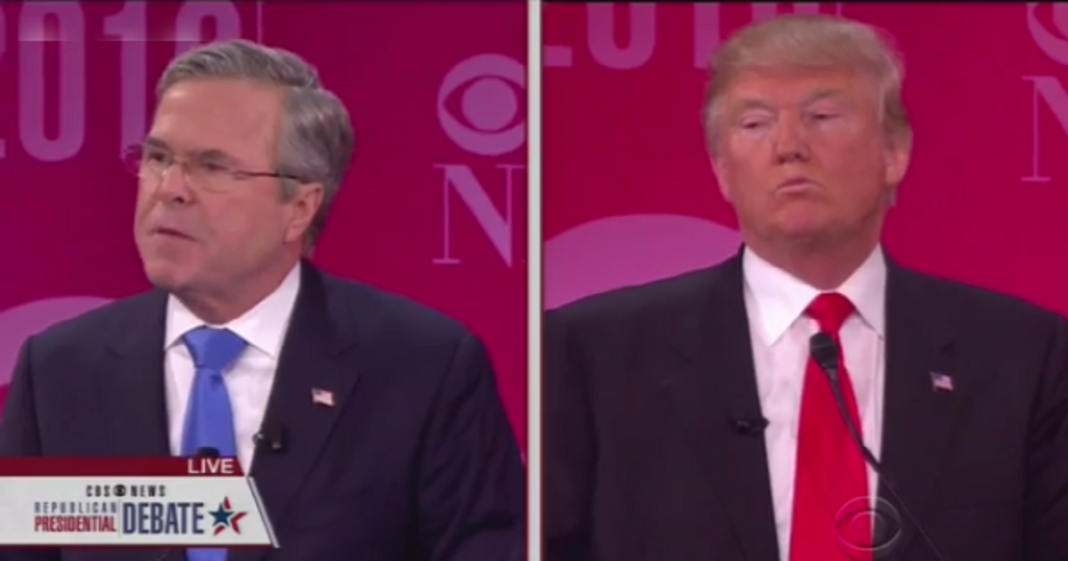 At the Saturday night Republican debate, things sunk to a new level of nasty as candidates tore each other apart over the soul of the GOP.

One particularly nasty exchange occurred between Donald Trump and Jeb Bush as Trump said that Bush’s brother George W. knowingly sent America into the war in Iraq under false pretenses. Trump called the war a massive mistake and laid the blame for it squarely at the Bush family’s collective feet.

Jeb attempted to defend himself and his lineage before mentioning his mother who he said is a wonderful woman.

“My mom is the strongest woman I know.”

Trump retorted, “She should be running.”

Even die-hard conservatives had to admit that Saturday’s debate was an embarrassing bloodbath, but as always, Trump had to make it personal.