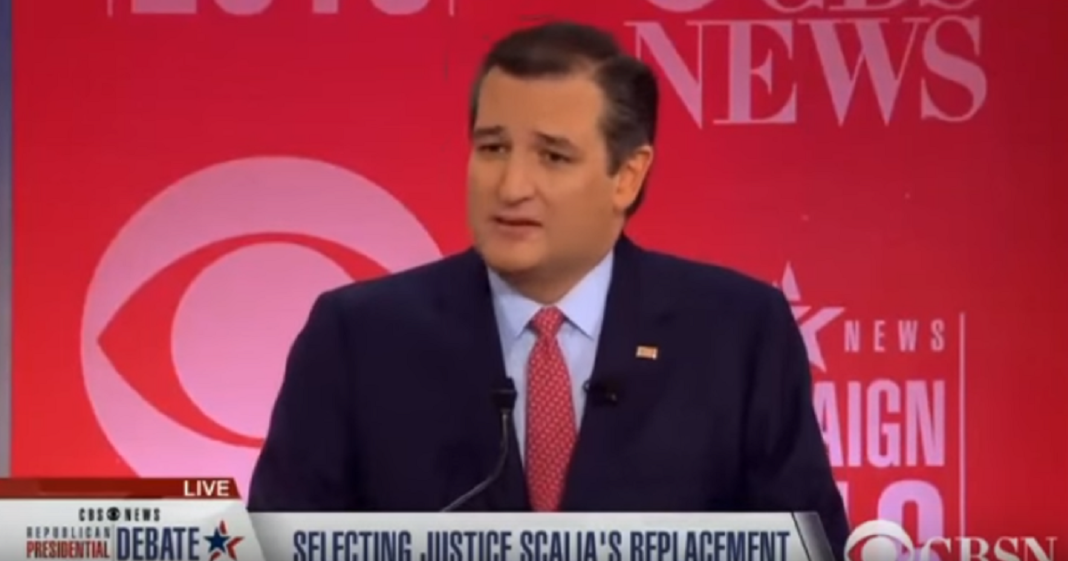 Conservatives like Ted Cruz, who devoted some time during Saturday’s debate to bemoaning what a sad state of affairs America would be in if that wiley Barack Obama were to choose America’s next Justice.

Ah, yes, that does sound terrible.