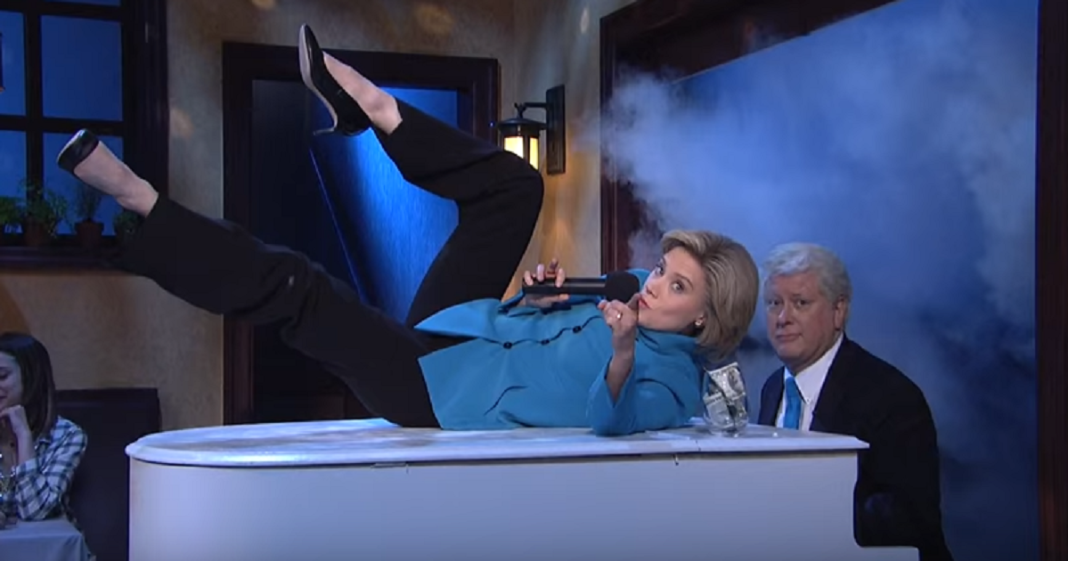 During the opening scene for this week’s episode of “Saturday Night Live,” Kate McKinnon’s Hillary Clinton serenaded a group of Bernie supporters to Bonnie Raitt’s 1991 ballad “I Can’t Make You Love Me.”

SNL’s Hillary is desperate to win back the votes from Democrats who are in love with Bernie Sanders’ “whole vibe.” “Bernie is change,” one diner comments as Hillary strokes the face of her dinner partner.

Bill Clinton even makes an appearance playing the piano that Hillary lies atop, flailing her limbs.