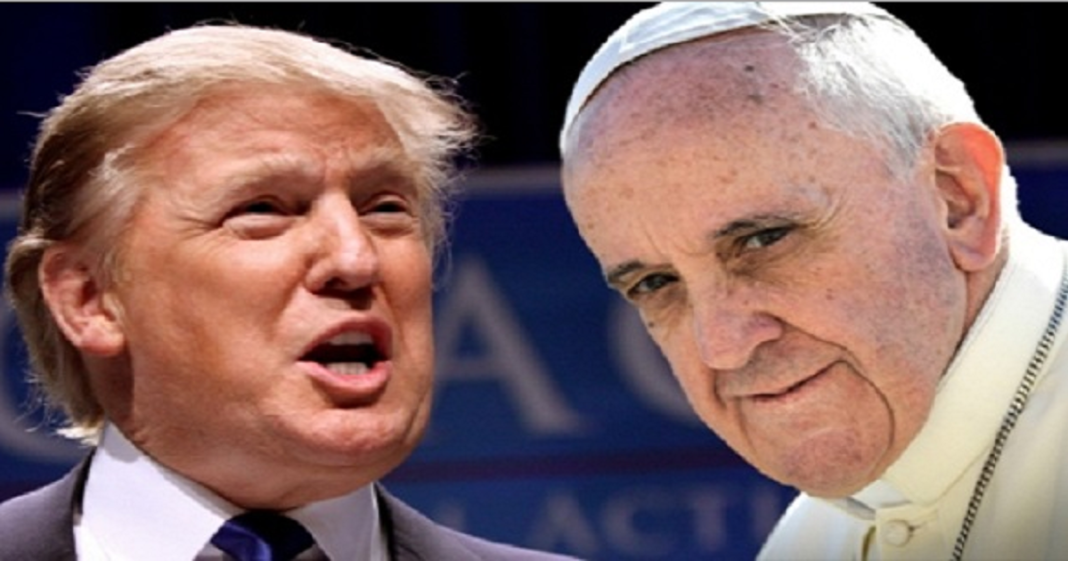 Though Donald Trump continues to try to appeal to evangelical voters, he has begun attacking the current Pope for his outspoken humanitarian views on human rights and climate change.

“The pope is a very political person. I think he doesn’t understands the problems our country has. I don’t think he understands the danger of the open border that we have with Mexico. And I think Mexico got him to do it because Mexico wants to keep the border just the way it is, because they’re making a fortune and we’re losing.”

When the world finally gets a somewhat progressive pope, Trump has to try to ruin it.