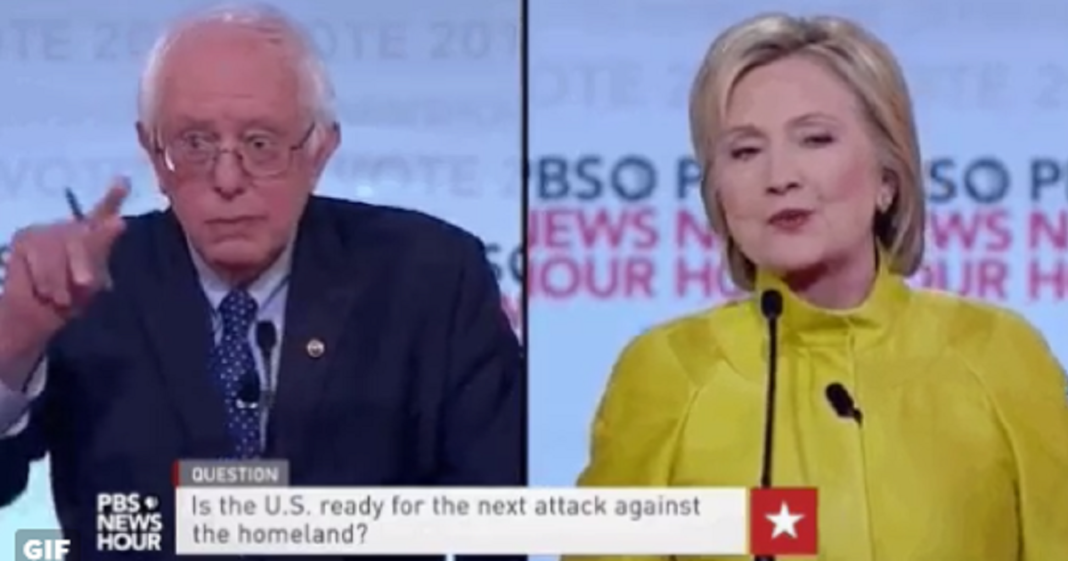 As the Democratic debates have narrowed down from five to three to two, closer attention is being paid to candidate Bernie Sanders and his visual quirks.

At a previous debate, the star of the show was Bernie’s side-eye as Sanders had a hard time hiding his displeasure when he felt that something unfair was said. Increasingly, though, people are beginning to notice the Senator’s oft-wagging finger which he uses to disagree with Clinton and draw the attention of the debate moderators.

Twitter of course had some things to say about Sanders’ visual cue.

The most indelible image from the debate has to be the Bernie finger wag. Over and over. pic.twitter.com/Xy1y9MeHE7

Love how when Hillary is speaking, Bernie raises his hand to indicate that he wants next. Bernie, there are only two of you on stage.

Bernie Sanders letting his inner Brooklyn out with that finger waving and hand raising, mistaking Clinton’s yellow jacket for a yellow cab

Bernie pulled out the MUTOMBO FINGER WAG HE IS MY HERO #nonono #nottodayhttps://t.co/AH3RonUH5e