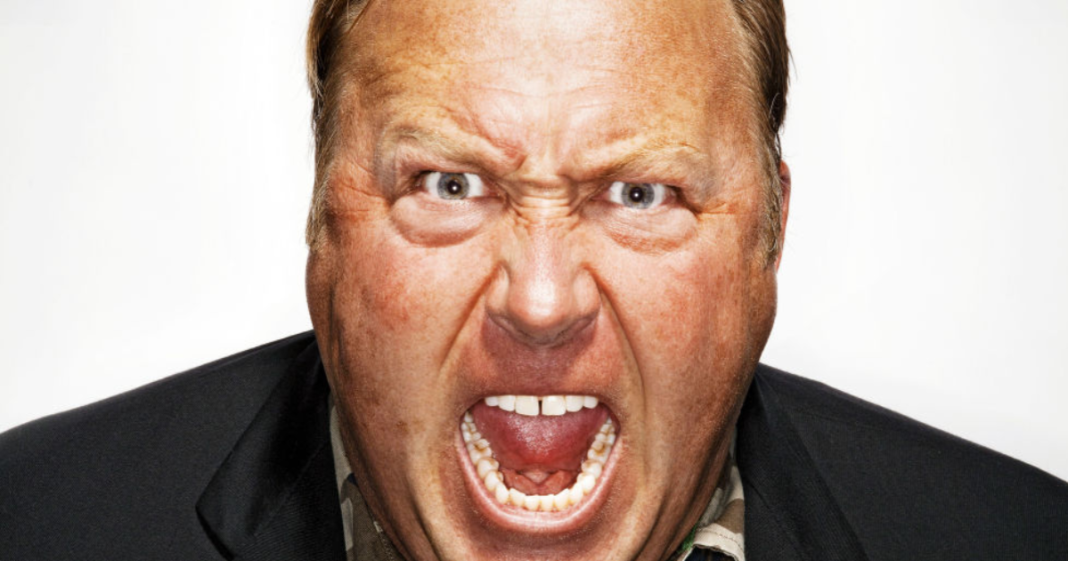 Conspiracy theory nut-job Alex Jones has turned his insane ranting onto a new target in Democratic presidential candidate Bernie Sanders. Jones isn’t sure who he hates more – “Communist” Sanders or the “Ipod-heads” who support him – but either way he’s got more than enough vitriol for everyone.

Jones made one unsubstantiated claim after another about Bernie Sanders’ political beliefs and the beliefs of those who will vote for him. Jones tells his viewers that Sanders is a “dangerous, evil, evil man” who wishes to “[prey] on you and your family.” Jones also referred to Sanders as both Hitler and Lenin.

Jones also somewhat jokingly said that he was afraid that under a Sanders presidency he would be placed in a “forced labor camp.”

“You need to have your jaws broken,” he eloquently stated.