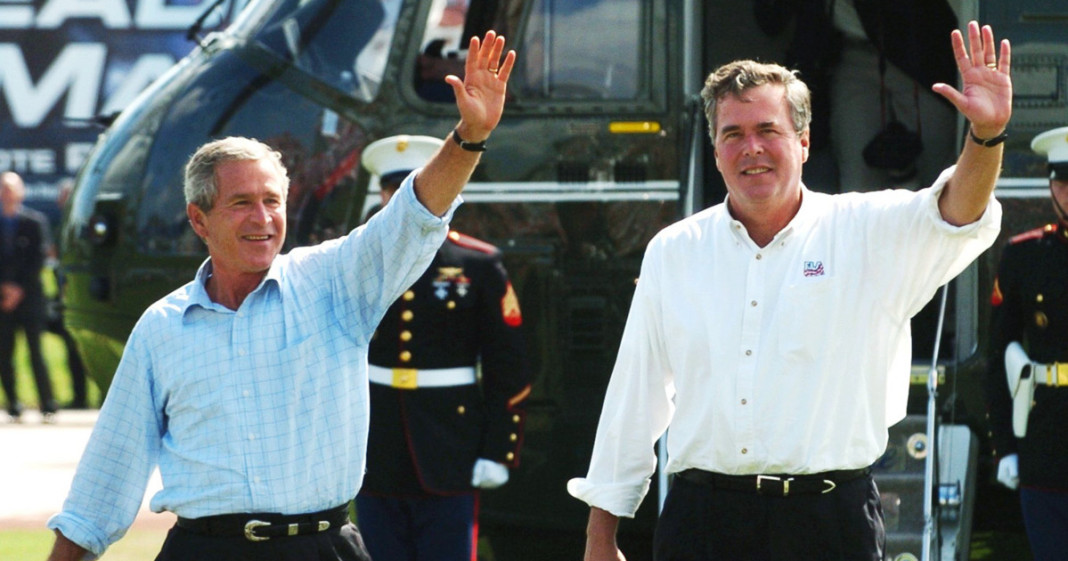 Jeb Bush can only hope it will help, but George W. Bush will be joining his brother to stump in South Carolina on Monday. The Republican presidential candidate needs a victory there to keep his struggling campaign alive. Considering how divisive his younger bother’s presidency was, it may be a bit of a Hail Mary, but Jeb seems pumped about it.

“He’s going to campaign for me in South Carolina, I’m excited about that. The strategy is to not abandon who I am because I’m proud to be a Bush.”

The former president has already been busy appearing in television and radio ads for Jeb, as well as attending closed-door campaign fundraisers. Now he’s packing up and heading to the North Charleston Coliseum and Convention Center to speak on his behalf Monday.

“I always had a hunch this day would come,” said Ari Fleischer, who served as press secretary for the former president. “Jeb knew he had to stand on his two feet, and now is the time you bring in all the reinforcements and let the voters decide.”

Both George W. and Dad, H.W. Bush both won the South Carolina Primary during their campaigns. Jeb Bush desperately needs the same success, otherwise he may not only lose his bid for the Republican presidential nomination, but also bragging rights as part of the “Bush Family President’s Club.”

All joking aside, Jeb’s family support is endearing, first mom Barbara Bush in New Hampshire, and now his baby brother coming to help in South Carolina. However, during a time when the Republican establishment is struggling with an identity crisis, the Bush family legacy may hurt more than help Jeb’s campaign.