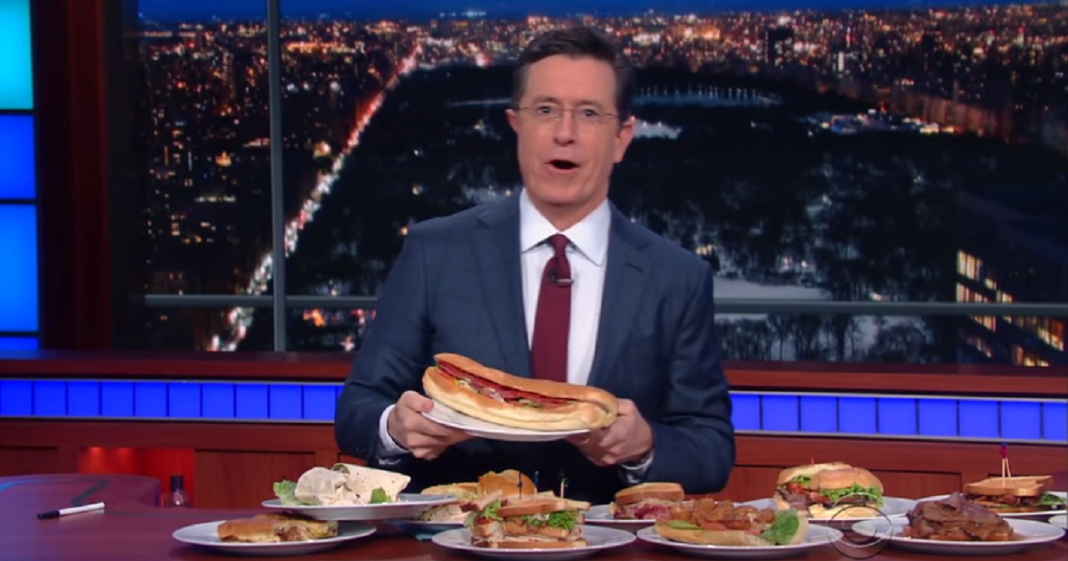 Stephen Colbert delivered a “feast” of one-liners as he broke down where each candidate in the race for the White House stands, post-New Hampshire Primary.

The host of “The Late Show with Stephen Colbert,” explained why the two top candidates, Donald Trump and Bernie Sanders, are just “a couple of bad boys from the wrong side of the polls.”

You won’t leave hungry for humor as the comedian serves up 11 different sandwiches during the segment, playing off MSNBC‘s Chris Hayes’ on-air goof when he called Sanders Bernie ‘Sandwiches.”