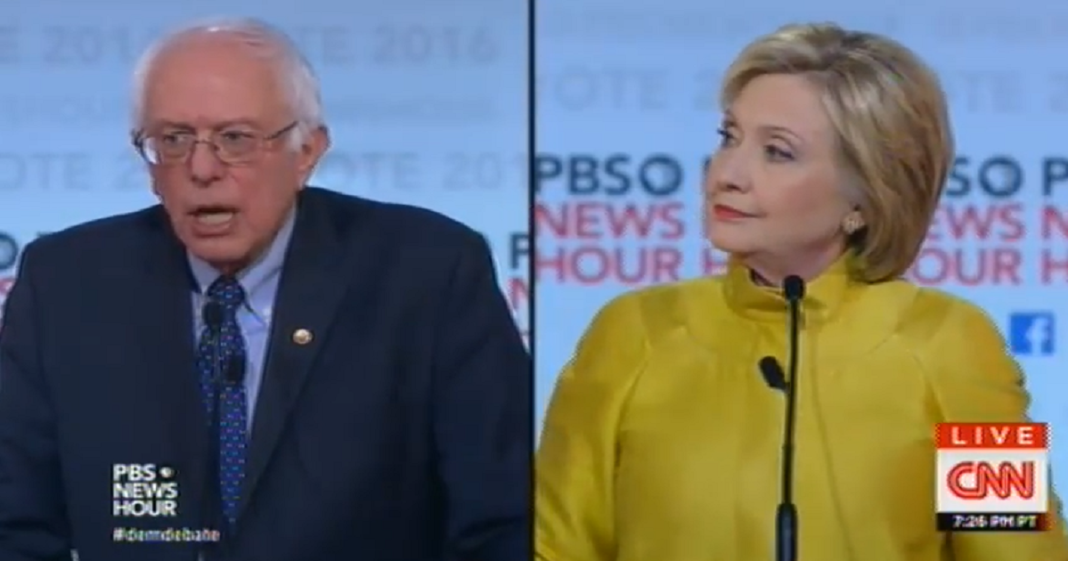 During Thursday night’s Democratic debate, the last one for Sanders and Clinton until after Super Tuesday, the two grappled over topics of national security, particularly about whom they would put their trust in as advisors. Sanders jabbed at Clinton’s previous debate comments when she proudly touted the praise of former Secretary of State Henry Kissinger.

“I was very flattered when Henry Kissinger said I ran the State Department better than anybody had run it in a long time,” Said Clinton.

This conversation echoes the common strand in the Democratic nominee debate; Do we go with the corrupt insider who rubs elbows with everyone, or do we go with the outsider who has lofty goals.