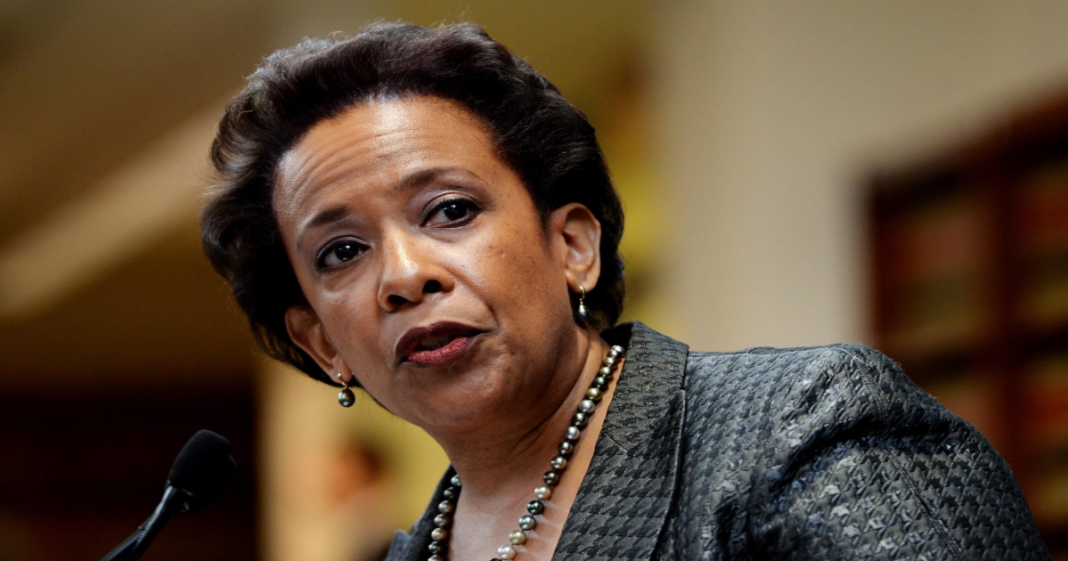 After an investigation which came in the wake of the controversial shooting of an unarmed African-American man by a white police officer in Ferguson, Missouri, the U.S. Department of Justice issued a 131-page consent decree to the municipal government. That decree requires the city to enact major reforms in order to improve relations between local law enforcement and city residents in the community – and ensure that citizen’s rights under the Constitution are protected. Now that the Ferguson City Council has failed to approve the decree, U.S. Attorney General Loretta Lynch has decided to take decisive action.

The shooting of an unarmed petty theft suspect, 18-year-old African-American Michael Brown by white police officer Darren Wilson in 2014, drew worldwide attention to the St. Louis suburb. The incident, for which Wilson was never indicted, sparked protests and riots. It was the beginning of a long overdue national discussion of racial profiling, excessive violence toward African-Americans by law enforcement, militarization of civilian police, and more.

A subsequent U.S. DOJ investigation revealed patterns of race-based discrimination by local law enforcement that extended into the city’s jails and courts. The DoJ’s report found that black motorists were far more likely to be subject to random traffic stops and searches and that officers employed unnecessary force upon black suspects much more frequently. Virtually all suspects who were bitten by police dogs have been African-American. The discrimination didn’t stop there: African-American suspects were nearly 70% less likely to have their cases dismissed by local courts, and 95% of inmates held at the city jail for more than 48 hours were people of color.

The consent decree was negotiated with the Ferguson City Council, which has had almost a year to approve the agreement. Ultimately, it came down to money: implementing the agreement, which among other things, would require the formation of neighborhood committees, a mediation program, diversity training for officers and ongoing assessments, would cost the city as much as $3.7 million. Although most city council members favored the agreement, others feared implementation would bankrupt the city coffers. One bone of contention involved pay raises for police officers, which the council wanted removed from the agreement. The city also wanted additional time for implementing the programs. Two levies that would raise local tax revenue will be on the ballot in April, but even if approved, they are unlikely to cover projected budget shortfalls.

The irony: now that the Department of Justice has filed a lawsuit against the city of Ferguson, the impending court battle may be more costly than simply complying with the agreement in the first place. Civil rights advocate Rashad Robinson, director of Color of Change, told the media that the city’s rejection of the DoJ consent decree

“only creates the potential for the type of litigation that creates more financial challenges that will be a burden on poor people.”

“The residents of Ferguson have waited nearly a year for the city to adopt an agreement that would protect their rights and keep them safe,” she says. “They have waited decades for justice. They should not be forced to wait any longer.”