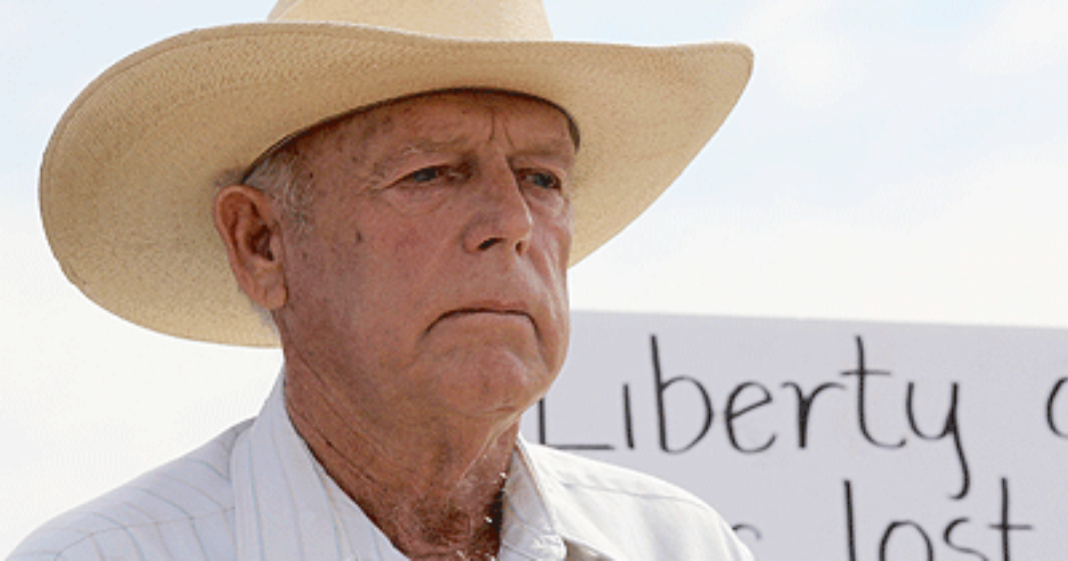 Cliven Bundy, the original governmental undermining rancher of Nevada has finally been arrested on federal charges.

As the situation in Oregon at the Malheur wildlife refuge devolved, Cliven Bundy changed his hands-off stance to action by going to Oregon and attempting to join the rebels at the standoff. Bundy flew into the Portland airport with a bodyguard and another individual.

Bundy was intercepted at the Portland airport and arrested by a waiting SWAT team. Bundy has been charged with conspiracy to interfere with a federal officer which is the same charge being leveled against his two sons who were arrested last month.

In 2014, Bundy and a group of rebels took part in an armed standoff against the U.S. BLM, refusing to pay for the federal land he allowed his cows to graze on. Just like the 2016 standoff, the ranchers accused the government of stealing land from the ranchers when the reality was that the federal government must carefully allocate resources on federal lands, grazing fees being just one part of that allocation.

Currently, only one rebel remains at the refuge and is expected to surrender any minute now. Thursday morning, three of the remaining four rebels surrendered, but a remaining rebel, David, threatened suicide and violent action. Thursday afternoon, David too surrendered, ending the occupation.

Bundy was not arrested in the 2014 standoff, so it is about time that the man face up to what he has stolen.