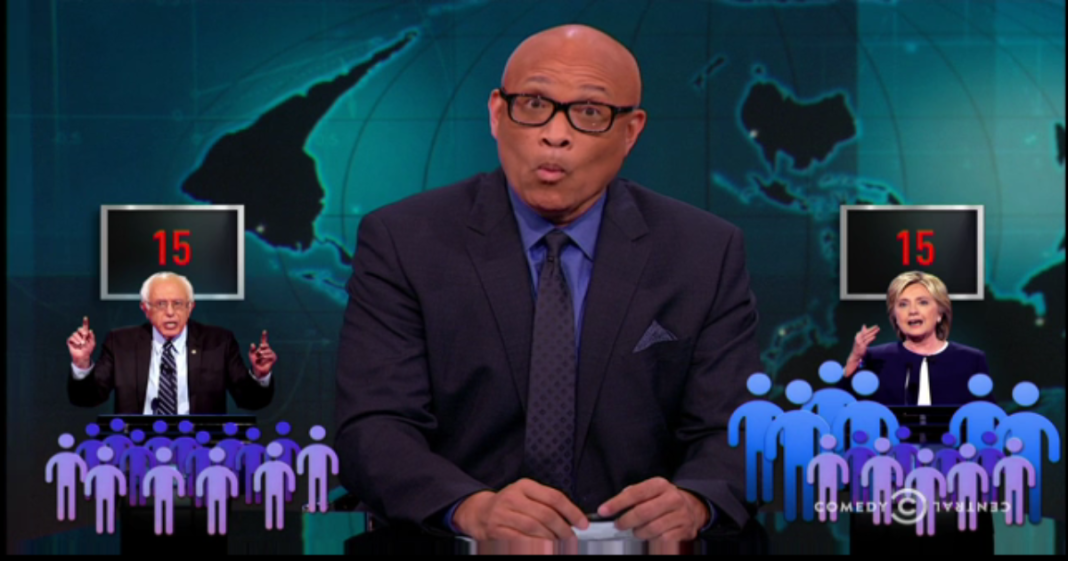 Despite Senator Bernie Sanders’ virtual blowout in New Hampshire, Hillary Clinton came out smelling like a rose in the delegate count due to what Larry Wilmore, host of “The Nightly Show” calls “‘Murica math.”

That is, besides the regular delegates which are assigned proportionally to candidates based on actual votes, there are Superdelegates who make their own independent choice about for whom to vote. With these Superdelegates, Hillary is virtually tied with Sanders for New Hampshire on the Democratic side.

“This is so great. This is so cool,” Wilmore said of the system sarcastically.

“So, now that gives 38 percent-vote-count Hillary a grand total of 15 delegates. While 60 percent vote getter Bernie now gets… yeah… 15. He stays at 15. Which essentially makes last night’s loser: The American voters.”