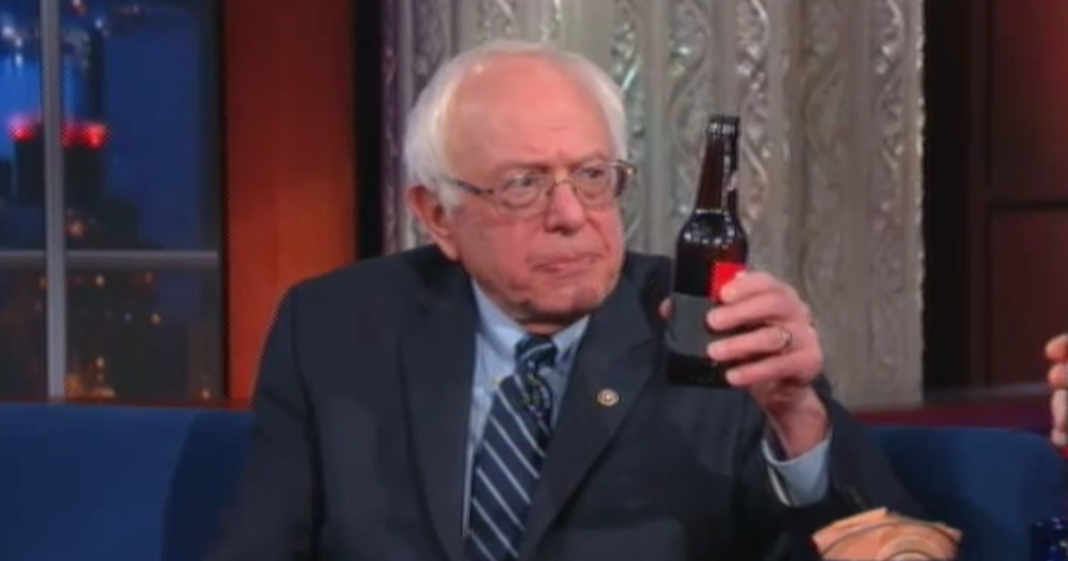 On Wednesday evening, “The Late Show with Stephen Colbert” brought on the winner of the New Hampshire primary Senator Bernie Sanders.

Colbert jokingly told Sanders that to win South Carolina, he would need to drinks some beer and eat boiled peanuts. Colbert is from South Carolina, so he should know. Boiled peanuts, for those of you who may not be familiar (ya damn yanks), is a southern staple; a salty treat that is ten million times more tasty than regular old peanuts.

“If you like boiled peanuts, it’ll certainly give you a leg up in South Carolina.”

“People have a right to be angry, but what we need to be is rational for how we address the problems and not simply scapegoating minorities.”

And they also discussed some not-so-serious issues like pundit Bill O’Reilly promised to move to Ireland if Sanders is elected:

“Voting for me is a twofer. You get Sanders, and, y’know Bill [O’Reilly] goes to Ireland.”

When you put together a clever comedian and a genuine candidate, you can’t go wrong.