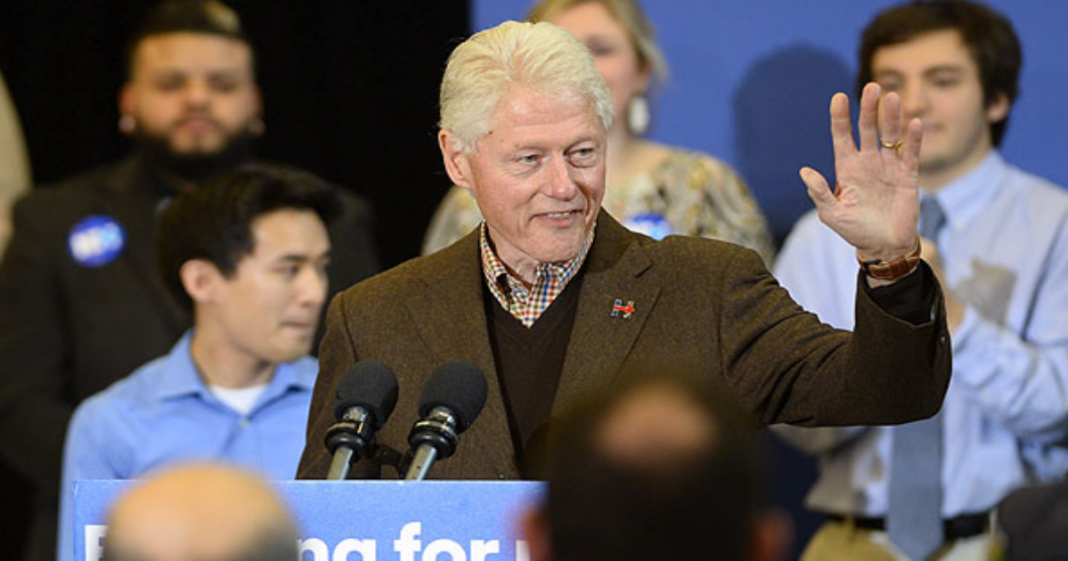 NBC’s Andrea Mitchell made the comment Tuesday evening in a round-table of pundits that she could tell from Bill Clinton’s facial expressions that he was accepting Hillary’s inevitable loss in 2016.

The anchors were discussing Hillary’s New Hampshire loss when Mitchell threw down the gauntlet, saying that Bill’s face was most telling about where Clinton’s campaign was headed.

“I have to say Bill Clinton is freaking out the most. He didn’t take questions tonight. He always takes questions. Not tonight.”

“Watching him watch her these last few days when they’ve been campaigning together because previously he was on his own and watching his face, he could not mask the recognition that oh, my gosh, this is happening again. She’s going to lose.”