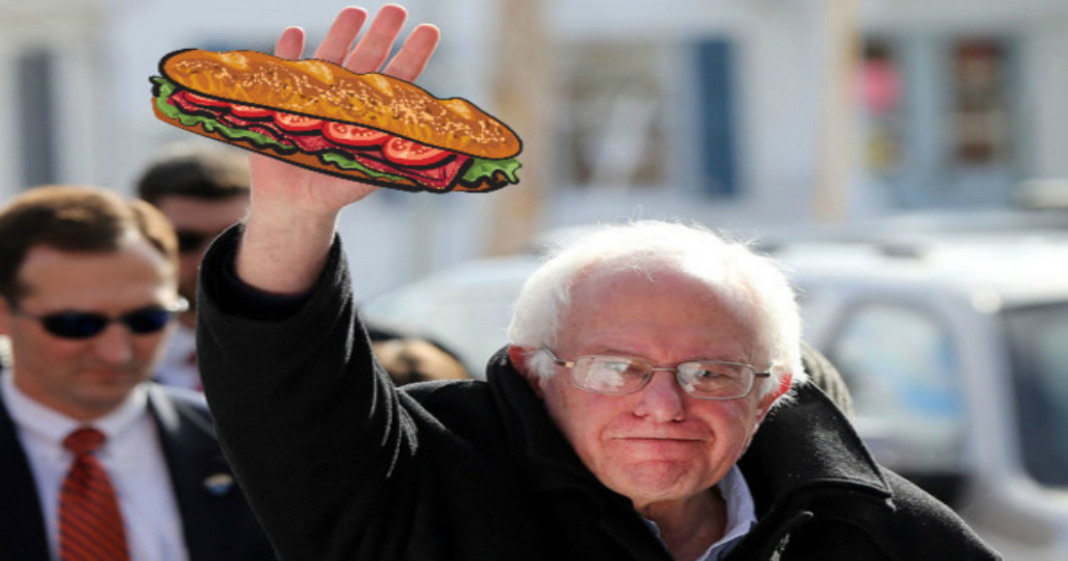 MSNBC anchor and host of “All In” Christopher Hayes hilariously misspoke on Tuesday night when discussing the victory of candidate Bernie Sanders, referring to the Senator instead as “Bernie Sandwiches.”

Predictably, Twitter and the internet have had a bit of fun with this flub, creating gifs and images of the candidate with his handheld counterpart.

“thank you for reminding me chris i have not eaten all day tbh”#BernieSandwiches @chrislhayes pic.twitter.com/BRnXVqSBMz

Yo @Subway, you hear about this Bernie Sandwiches craze? You should contact Bernie Sanders since I hear you’re looking for a new spokesman.

Interestingly enough, MSNBC last October had a segment where they tried to decide what sort of sandwich each candidate would be (slow news day?). According to that segment, Bernie would be a tasty and exotic Báhn Mi.