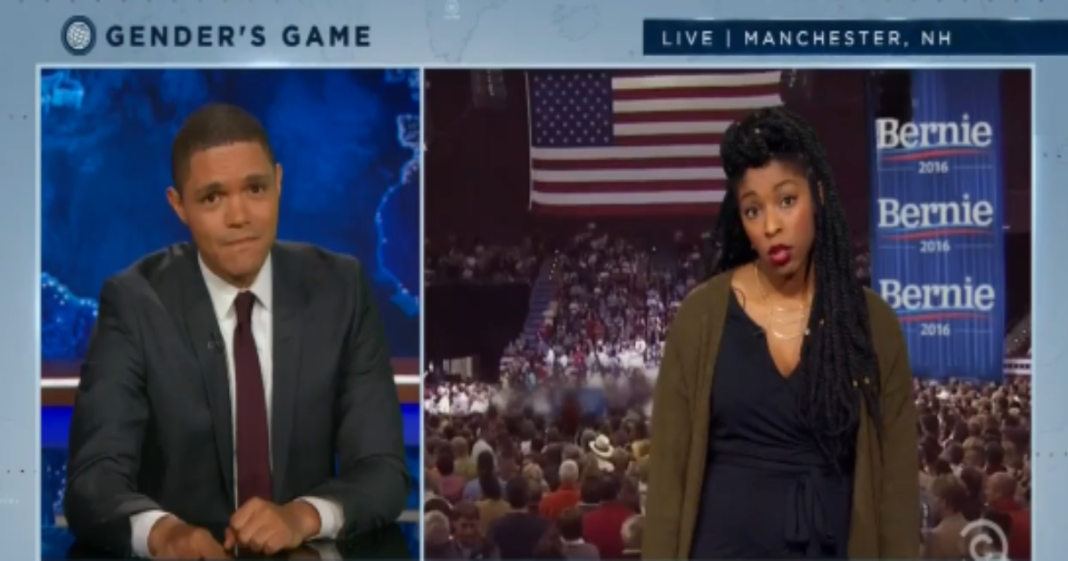 “Daily Show” correspondent Jessica Williams weighs in on the ongoing sexism issue in the Democratic party spurred by prominent feminist women insinuating that women only support Bernie because of their desire to attract men, and that they will be going to hell for doing so.

Williams phoned in from a Bernie rally where she reported that her hormones were raging.

“This place is crawling with college-aged studs . . . who don’t know how to do their own laundry . . . they eat cereal for every meal, how cool is that? I’m a woman, trevor, I have needs.”

If you are  tired of this over-dramatized issue of gender in a race which should be about substance, on either side of the aisle, its worth checking out this funny clip.