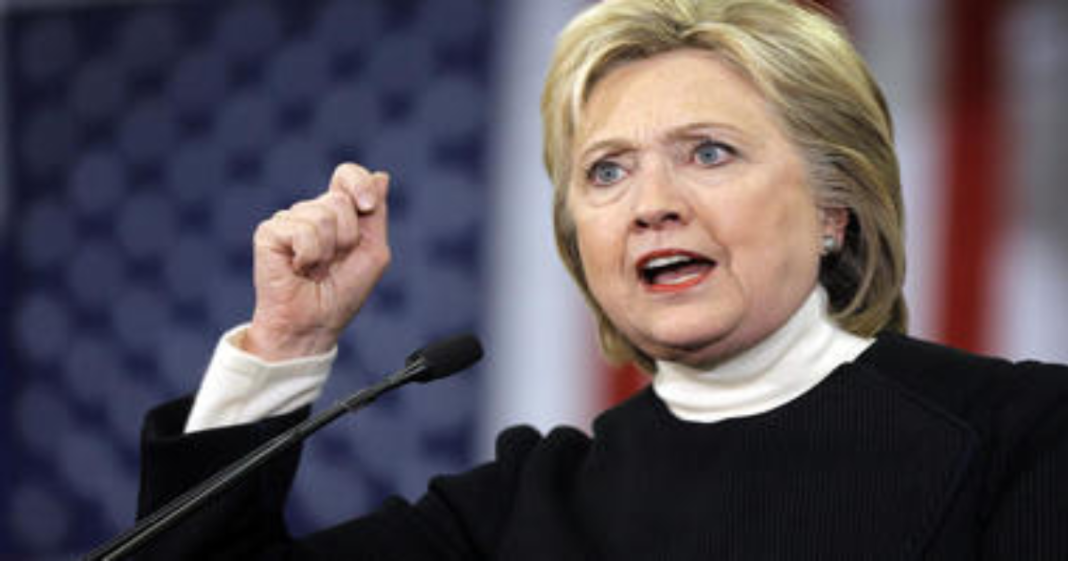 From the beginning of Senator Bernie Sanders’ campaign, people have maintained that his progressive stance in politics would work to push Hillary further to the left of the spectrum and to the benefit of real liberal ideals whether Sanders was the winner or not. But even those who predicted this push were shocked to hear Hillary Clinton’s New Hampshire concession speech on Tuesday as the establishment candidate railed against money in politics, parroting the core values of the Sanders campaign.

Hillary’s speech, which sounded a lot more like a victory speech than a concession, also featured language condemning Wall Street and a promise to reign in the Big Banks.

Y’know, the Sanders campaign has really got to stop leaving their stump speeches just lying around. Next time we see Hillary, maybe she will have forsaken her flawless ‘do in favor of an erratic mess a la Sanders.