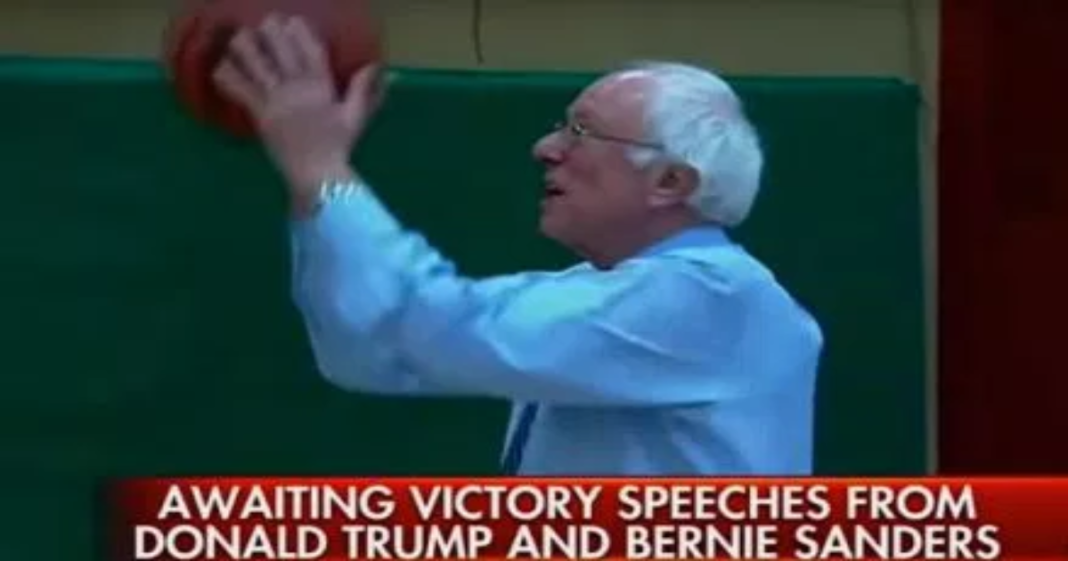 Shortly after it was announced that Bernie Sander would be the winner of the New Hampshire primary and shortly before his victory speech, Sanders took a moment to shoot some hoops with his two adult sons and seven grandchildren at a NH basketball court.

Fox News covered the moment and were awed that the candidate they previously assumed to be frail and awkward was actually very smooth on the court. Sanders’ skills even earned him some rare praise from the Republican pundits.

“Is this, like, some kind of a joke?” Megyn Kelly mused. “He’s making every single one. Nicely done, Bern.”

Senator Sanders has said before that he has a very athletic past, running marathons and participating in organized sports. In fact, there is a montage of Bernie’s athletic prowess spreading on Vine as we speak:

This subject seems to come up because people are worried about Sanders’ advanced age. Showing that he has a long history of being healthy and active can help to dispel those worries.