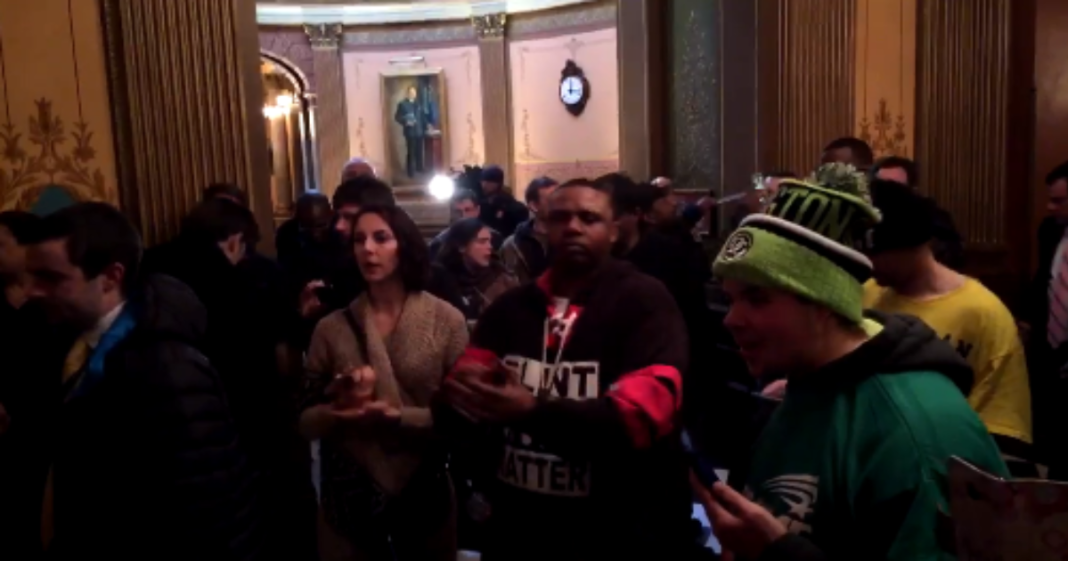 Protesters have descended upon the Michigan capital in an effort to speak with Michigan governor Rick Snyder who many believe knowingly allowed citizens of Flint to continue to drink lead-poisoned water for as long as two years before the public was notified.

The protesters attempted to goad Snyder into coming out to speak with them by shouting “bring out Rick” and sharing personal stories of the ways their lives have been ruined by the poisoned water system.

It appears that Snyder was not interested in meeting with these angry citizens, however, and instead left the building through a back staircase, prompting protester to shout that Snyder was “tricky” and “scared.”

Many, including filmmaker Michael Moore, are calling for criminal charges to be brought against Snyder while others like Senator Bernie Sanders are calling for his resignation. Residents face irreversible damage from lead-poisoned water that will impact the families effected for generations.