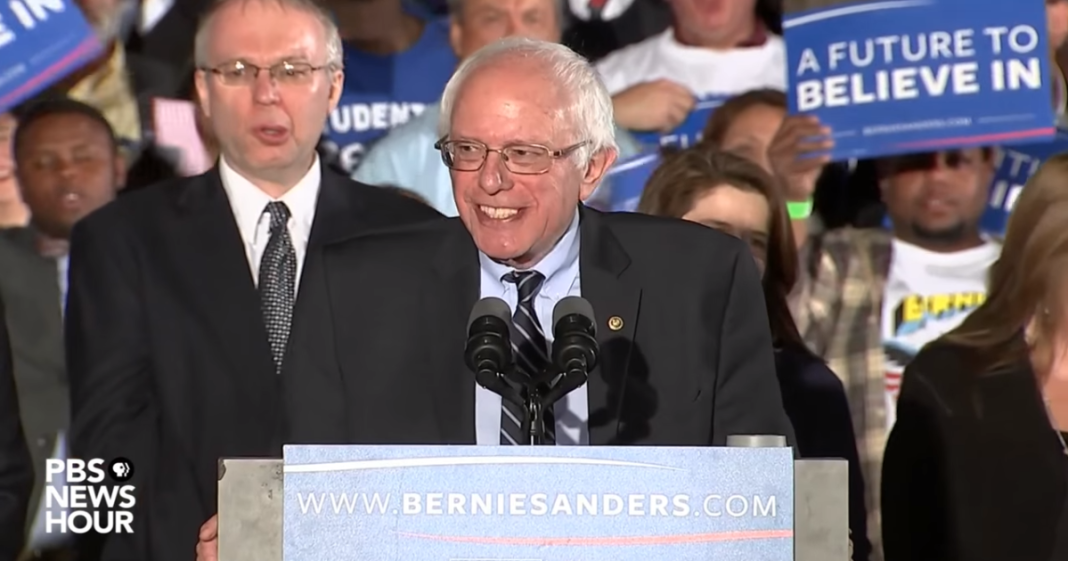 In what might prove to the the most significant moment of his entire campaign, Senator Bernie Sanders took the stage on Tuesday evening to thank supporters and celebrate his victory over opponent Hillary Clinton.

When Sanders pointed to the record-breaking voter turn out in the state, calling it “yuge,” the audience almost sounded as if they were booing.It only took a momen to realize that they were actually shouting “yuge,” which drew a “yuge” grin from the candidate.

Sanders also made sure to gracefully congratulate Clinton and her campaign on a race well run.

His speech ran a bit long at almost a half of an hour, but can you blame him? If you haven’t gotten a chance to check out Sanders’ speech, you can watch it right here: