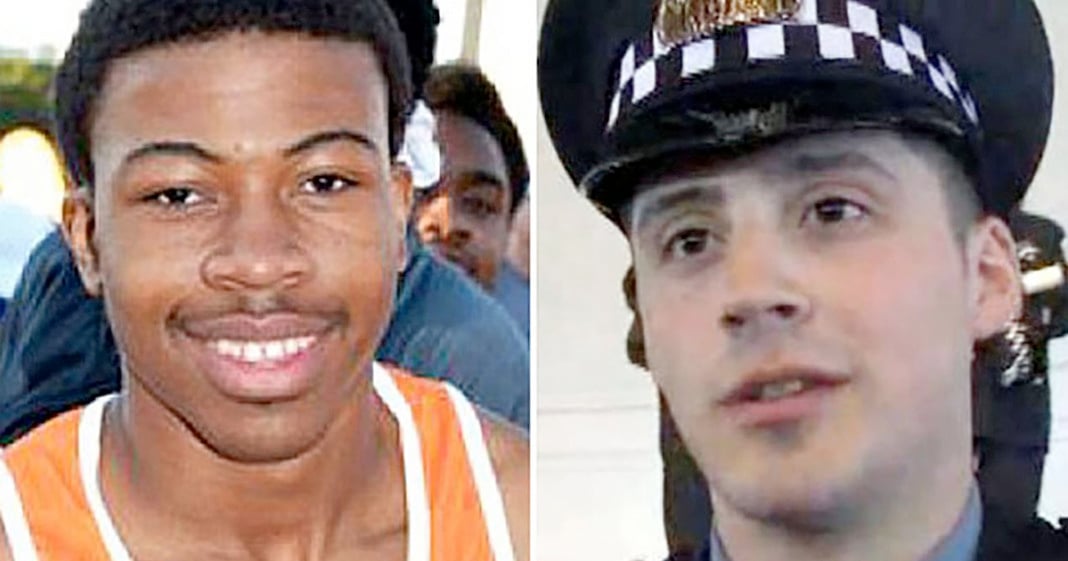 Officer Robert Rialmo, who shot and killed 19-year old Quintonio LeGrier along with his neighbor, 55-year-old Bettie Jones this past December, has decided to sue LeGrier’s family for his own “emotional distress.”

If this sickens you, you’re not alone. Attorney Basileios Foutris, who is representing LeGrier’s family in their own own wrongful death lawsuit, is outraged: “After this coward shot a teenager in the back – he has the temerity to sue him? That’s a new low, even for the Chicago Police Department,” he told the New York Times.

It’s even shocked seasoned members of the local legal community, who have seen it all. Phil Turner, a former federal prosecutor (who is not involved in the case), considers it extremely unusual – even in today’s “blame-the-victim” culture. Turner says he has never heard of a case in which a law enforcement officer sues for “emotional trauma.” He points out that for law enforcement officers, “that is a known part of the job.”

The entire incident is still being investigated. According to Rialmo, LeGrier came charging at him swinging a baseball bat. According to his complaint, one swing was “close enough for Officer Rialmo to feel the movement of air as the bat passes in front of his face.” Lawyers for LeGrier’s family tell a different story, however. According to them, Rialmo was as much as 30 feet away when he started pumping six bullets into LeGrier – killing bystander Bettie Jones in the process. The Chicago P.D. claims Jones’ death was “accidental.”

Rialmo’s counsel is prominent Chicago criminal defense lawyer Joel Brodsky, who successfully defended another police officer four years ago. Brodsky believes his client acted in an appropriate manner, but regrets the “accidental” slaying of Bettie Jones. He told the Times that his client “did not see her . . . when I say he feels extremely horrible about her death, that’s an understatement.” However, Brodsky also stresses that “the bottom line is that it was Quintonio who forced him to shoot.”

There are some serious questions about what actually transpired. According to his family’s lawsuit, it was Quintonio who had called 911 asking for police help. Young LeGrier, who suffered from mental illness, was in fear for his life. Instead of getting the help he requested, however, the 911 dispatcher terminated the call – then hung up on him two more times. Foutris says that Rialmo’s story makes no sense. “Why would a kid that called three times asking for police help ever swing a bat at a cop?” he wonders.

Although Rialmo, who remains on active duty, has filed his own lawsuit in response to the LeGrier family’s legal action, his complaint is neither sanctioned nor supported by the Chicago P.D. or the city government. “[This] is not a department lawsuit,” a spokesperson said.

Rialto is suing Quintonio LeGrier’s estate for $10 million dollars – an unrealistic amount in this case. There is some speculation that Rialmo’s primary purpose is to intimidate LeGrier’s family into dropping their own suit against him. Cynically, Brodsky says that people like the LeGriers treat such incidents as a “lottery ticket” in hopes of getting a big payout from a government entity with deep pockets.

For now, the U.S. Department of Justice is investigating the Chicago P.D. for civil rights violations, while beleaguered mayor Rahm Emmanuel has been promising major reforms of the city’s police force as well as assurances that he will make attempts to repair damaged relations with the African-American community. Emmanuel has been under pressure from citizens to resign in the wake of several police shootings of African-American youths – including that of Laquan McDonald, who was shot sixteen times in the back by white officer Jason Van Dyke.

The public will have to wait for the Justice Department to complete its investigation and for the current court cases to play out before anything is known for certain about the events of that morning. There is one certainty, however: anger and outrage over these needless killings is building among the African-American community and its supporters. This sort of thing has been happening far too often, particularly at a time when Donald Trump’s candidacy has laid bare the racist undercurrents of U.S. society for all to see. If justice is not served and the situation is not addressed, we may see replays of the urban riots of the 1960s – and we will all suffer the consequences, on one level or another.