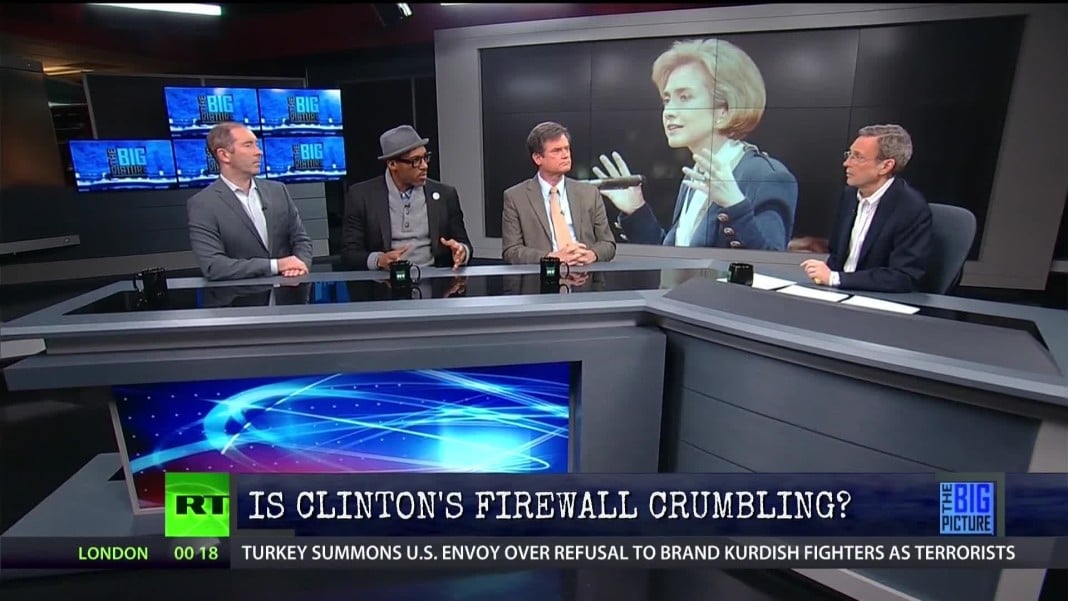 Whatever happens in tonight’s New Hampshire primary – the mainstream media narrative is that Hillary Clinton will still be in a good position to win the Democratic nomination for president – mostly because she has a “firewall” of loyal African-American voters in the South. But how strong is that firewall – really? As civil rights activist Shaun King points out in a new piece for the New York Daily News – black Americans are not a monolith – and Hillary Clinton doesn’t exactly have the greatest record when it comes to racial justice issues. For example – as first lady she openly supported the 1994 crime bill that – according to the Justice Policy Institute – made the Clinton administration responsible for “the largest increases in federal and state prison inmates of any administration in American history” George Landrith, Frontiers of Freedom & Kymone Freeman, We Act Radio/Black Lives Matter DC & Bryan Pruitt, RedState all join Thom.