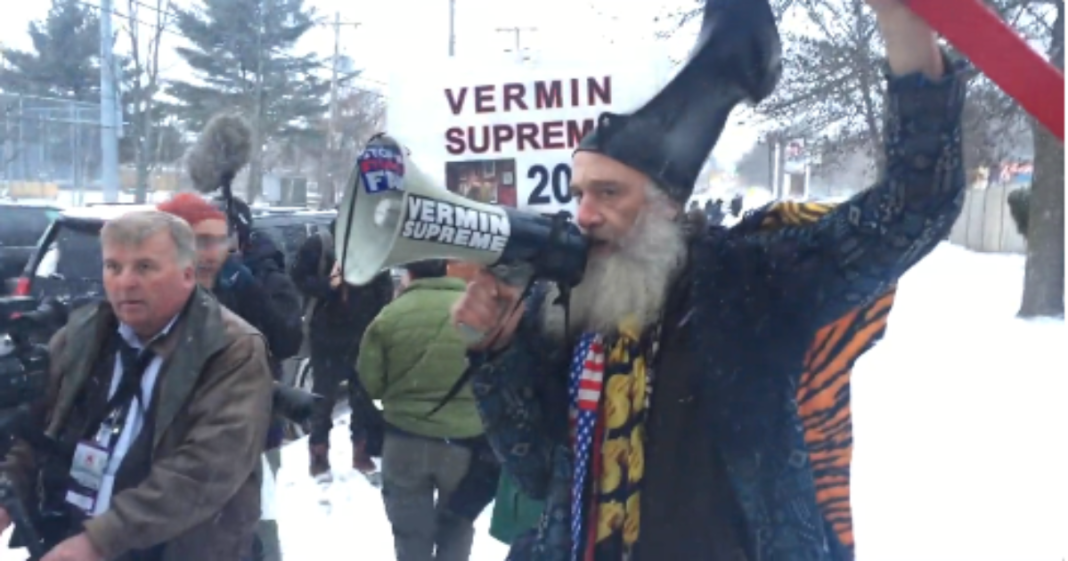 Vermin Supreme is a unique kind of politician- mostly because he isn’t really one. Yet, for years he has been terrorizing local politics in a bizarre show which draws attention to corruption in politics.

Among Mr. Supreme’s campaign promises are his commitment to giving every citizen a free pony – but don’t get too excited: President Supreme would require that you have your pony on you at all times as a form of national identification. Boo government overreach! He also runs his campaign on a mandate of brushing ones teeth, all while saying, “A vote for Vermin Supreme is a vote thrown away.”

Politicians find him tiring, but the public finds him hilarious, which is exactly the dynamic that was established on Monday when Supreme hung around outside of Ted Cruz’s campaign bus with a bullhorn and a giant tooth brush.

Supreme shouted to the waiting crowd to follow him to “victory all the way to the White House” (or at least the little park across the street from it). When Cruz exited his rally to get onto the bus, Supreme approached him with his bullhorn to demand that Cruz “come out with [his] hands up and [his] pants down.”

This video of @VerminSupreme trolling Cruz’s bus should remind you why American democracy is ?? pic.twitter.com/m31rzorBPe