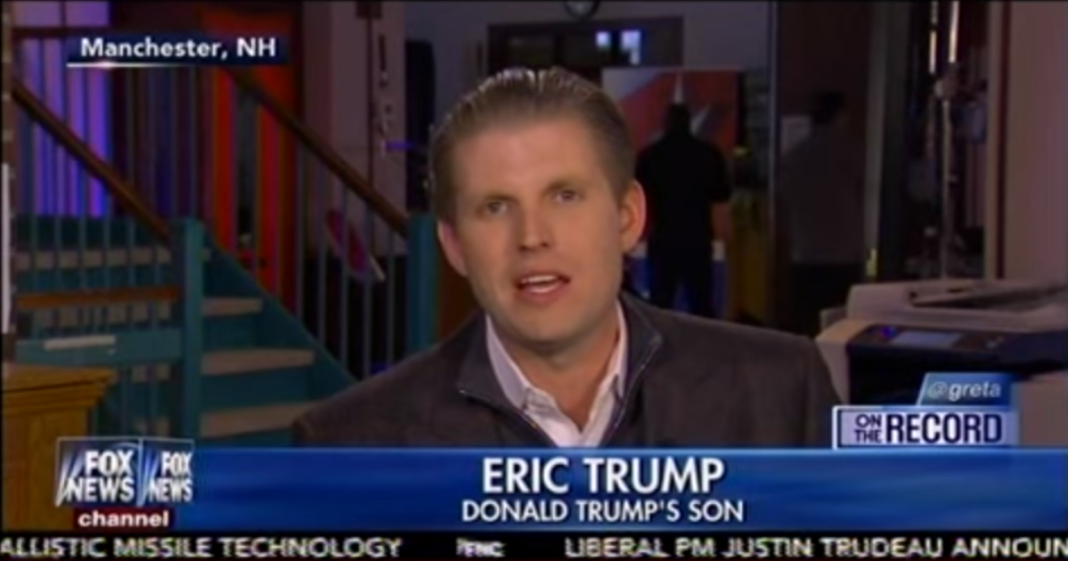 Ew. Ever needed evidence for how out of touch and delusional the Trump family is? On Monday, Trump’s son Eric Trump defended his father’s comments on waterboarding, saying that the method of “enhanced interrogation” is really no big deal.

“You see these terrorists that are flying planes into buildings, right? You see our cities getting shot up in California. You see Paris getting shot up. And then somebody complains when a terrorist gets waterboarded, which quite frankly is no different than what happens on college campuses and frat houses every day. And, you know, the man would keep this country safe. There is no question about it.”

So either young Trump has been involved with some terribly violent fraternity events which should have not occurred and were most certainly criminal, or he is completely delusional about the serious consequences of a torture device like waterboarding. Neither is a good look for the son of a potential president.