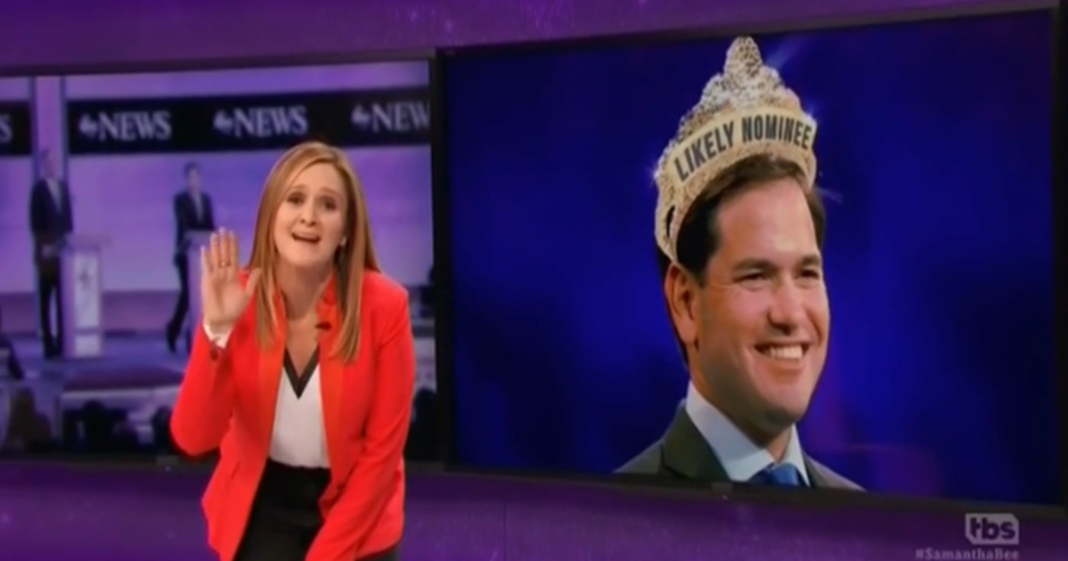 On Monday night, another of Jon Stewart’s former correspondents graduated from sidekick to full-on headliner when she premiered her new show “Full Frontal,” a comedic political show with a feminist twist.

The very first segment was a killer, attacking political candidates left and right. Predictably (but still thankfully), her hardest hits were directed toward the GOP who she said has “laid out a banquet of all-you-can-eat crazy.”

“I would rather lose an election than be wrong on the issue of life,” a Saturday night debater Rubio said.

“Congratulations, tonight you did both!” Bee quipped, pointing to Rubio’s massive “robot” blunder and his archaic view on abortion.

It was an excellent first segment and hopefully only just the beginning for this promising new show.