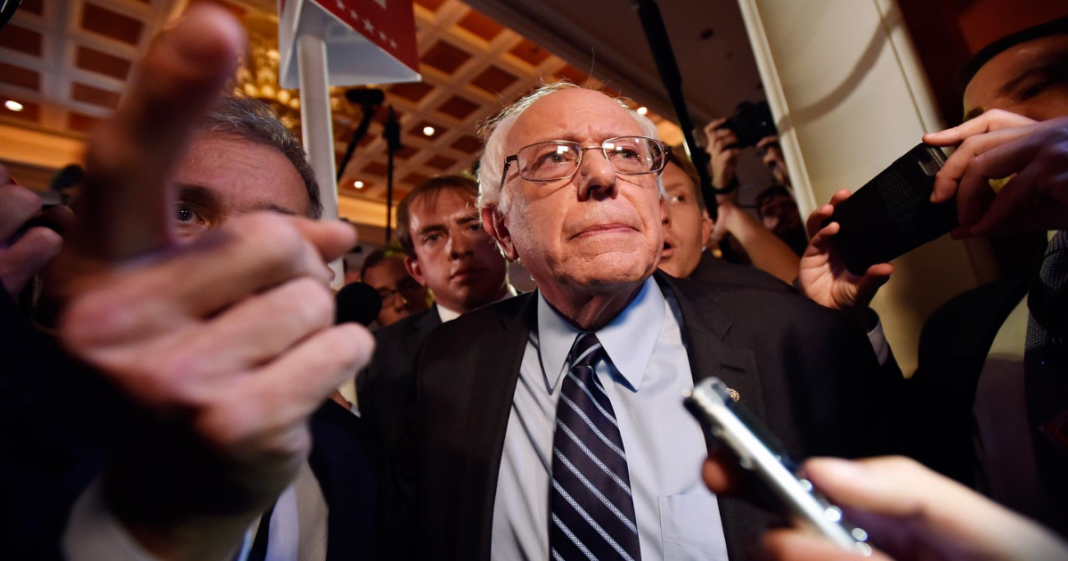 Hillary Clinton is definitely “feeling the Bern.” Her attacks on rival Bernie Sanders are becoming more frequent and their tone is getting more strident. She’s even sicced her husband Bill on Sanders. Today, the Sanders campaign responded to those attacks on his website. Here are a few of the highlights from that press release:

“Bernie Sanders will not dismantle health care programs in America . . . He believes Planned Parenthood is an outstanding organization and wants to increase its funding. [He] is not ‘protecting’ the gun lobby. He has a D- record from the NRA.”

He also addresses the Clinton’s claim that he received $200,000 from Wall Street. That money came from the Democratic Senatorial Campaign Committee (DSCC), which indeed receives donations from the financial services industry. Those funds (which come from many sources, including labor unions, environmental groups and member dues) are distributed to all Democratic Senate candidates. Indeed, Hillary Clinton herself was a beneficiary of the DSCC during her own run for the Senate in 2006. Meanwhile, during this election cycle, Mrs. Clinton has gotten a whopping $15 million from Wall Street firms though her own Super PAC. Bernie, as we all know very well, doesn’t have a Super PAC (he doesn’t even have a back pack).

The press release ends by stating, “To say that every nickel that Bernie received came from Wall Street is beyond preposterous. It is laughable and suggests the kind of disarray that the Clinton campaign finds itself in today.”

And what of those hefty speaking fees that Sanders has allegedly received? It’s an issue over which Hillary Clinton has drawn fire. Over the past fifteen months, Ms. Clinton has been paid over $11 million for making a total of 51 speeches. In the words of lyricist Ira Gershwin, it’s “nice work if you can get it.” Fortunately for disclosure laws, Sanders has had to ‘fess up’ to his own activities in this regard. We now know exactly how much he has made for making speeches: the grand total (drum roll, please) comes to: $1,867.42 for a total of three speaking engagements – all of which he has donated to charity. The most he was paid for a single television appearance: $850.

In comparison, Hillary Clinton has gotten as much as $315,000 for giving one speech.

Unlike Clinton, Sanders can truthfully say, “I do not have millionaire or billionaire friends.” On the other hand, Hillary Clinton has many – upon whom she has shamelessly relied for her campaign. Consider that fact going forward as you vote in your state’s primary or participate in its caucuses.