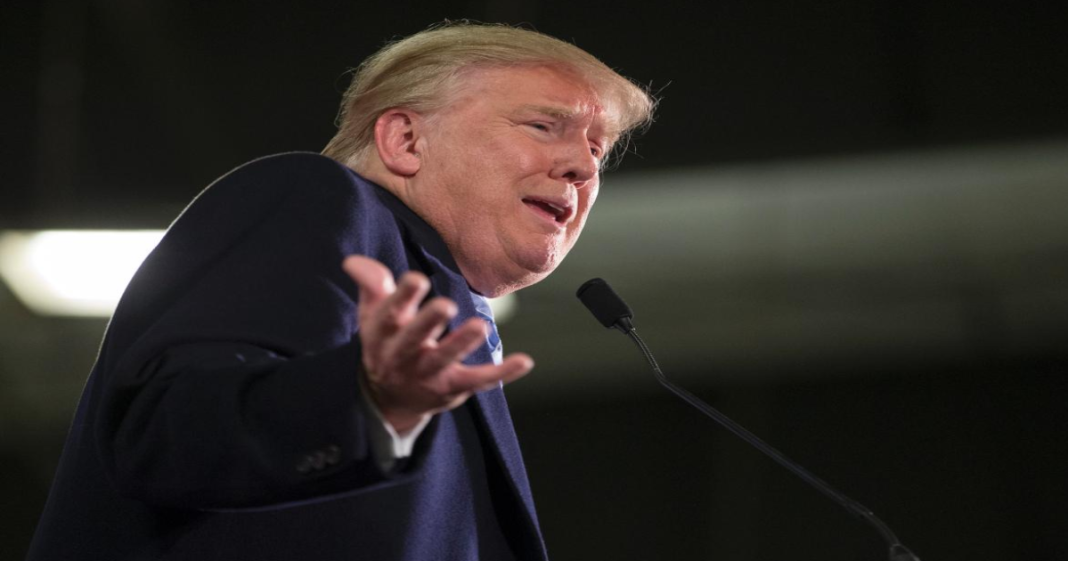 During a rally in New Hampshire the day before the NH primary, Donald Trump uttered a term heretofore forbidden in polite, politically-affiliated society: Trump, repeating what an audience member shouted, said that Ted Cruz was “a pussy.”

The female-genital associated insult was originally shouted out by a female audience member while Trump was discussing Ted Cruz’s views on waterboarding. Rather than ignoring the outburst, Trump pretended to scold the woman, asked her to repeat what she said, and then said it himself to cheers from the crowd.

At this point, Trump could pull down his pants at a rally and get a roaring applause. Disgusting.