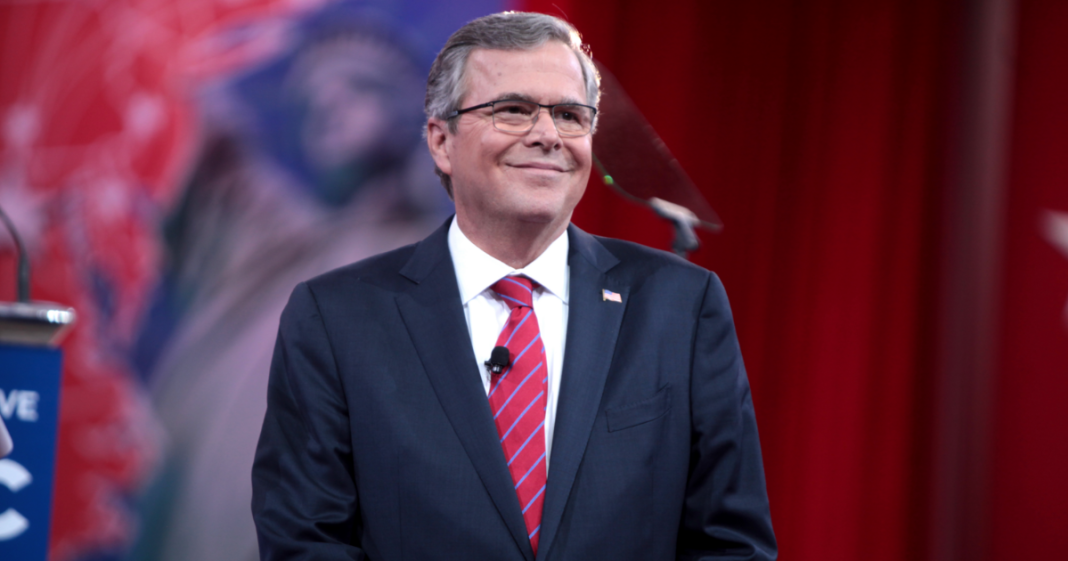 Presidential candidate Jeb Bush said on Monday that he would like to see Citizens United repealed to remove money from politics, despite the fact that his own SuperPAC Right to Rise spent $117.6 million in 2015 alone.

Bush, like some other candidates, promises – pinky promise – that they will get rid of that bad, bad system once they themselves are done taking advantage of it. It smacks of hypocrisy, particularly from this legacy candidate who has been given every advantage short of rigging the election.

“If I could do it all again I’d eliminate the Supreme Court ruling. This is a ridiculous system we have now where you have campaigns that struggle to raise money directly and they can’t be held accountable for the spending of the super PAC that’s their affiliate.”

Bush also cited a mailer which mentioned his mother from an opponent’s PAC.

“I mean, I just saw a mailing that attacked me through my mother with one of the super PACs. C’mon man, that’s a pretty low blow.”

Ahh, so it’s not really about money, is it, Jebby Boy? It’s about how this anonymous monolith insulted your mommy.

If Bush truly believes that the system is flawed, he would not be accepting money from the PAC. As it is, he will continue to take dirty money and hope that his talk-the-talk soundbites will win over moderate Republicans and shame candidates who dare to attack him (and Mommy Dearest.)