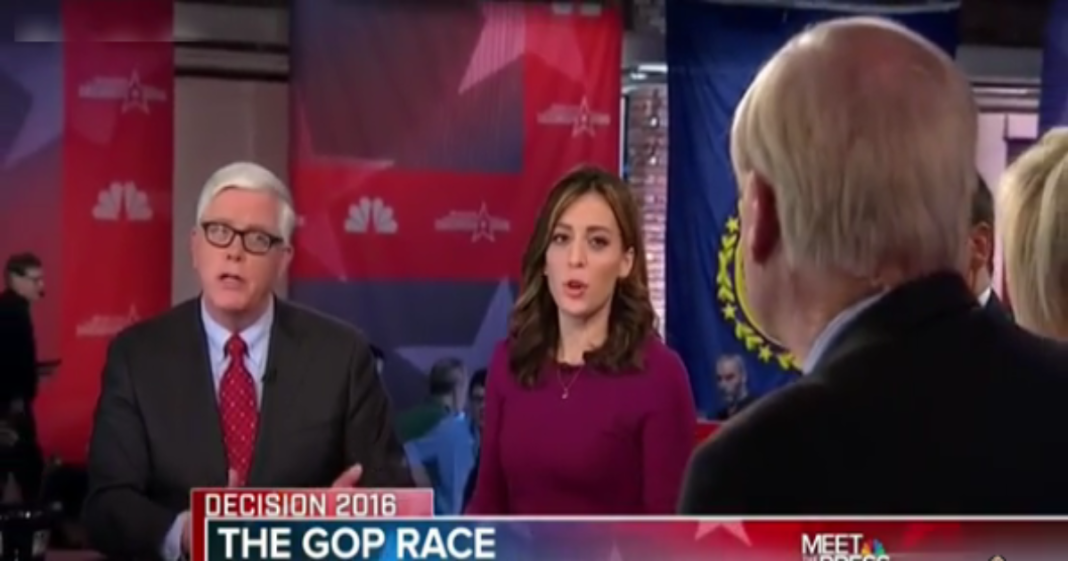 At a round-table of political pundits, the major topic was Rubio’s epic debate malfunction where the candidate repeated the same talking point four times while the audience groaned.

Republican Hugh Hewitt was clearly in the Rubio camp as he tried desperately to defend his favored candidate, saying that Twitter showed that Democrats are most afraid of Rubio and therefore eager to bury him.

“They are desperately afraid of him.”

When Hewitt was asked whether or not the repeats were a flub or a smart move, Hewitt, despite all odds, said that Rubio’s repetition was directed at Republicans like himself and were not an error.