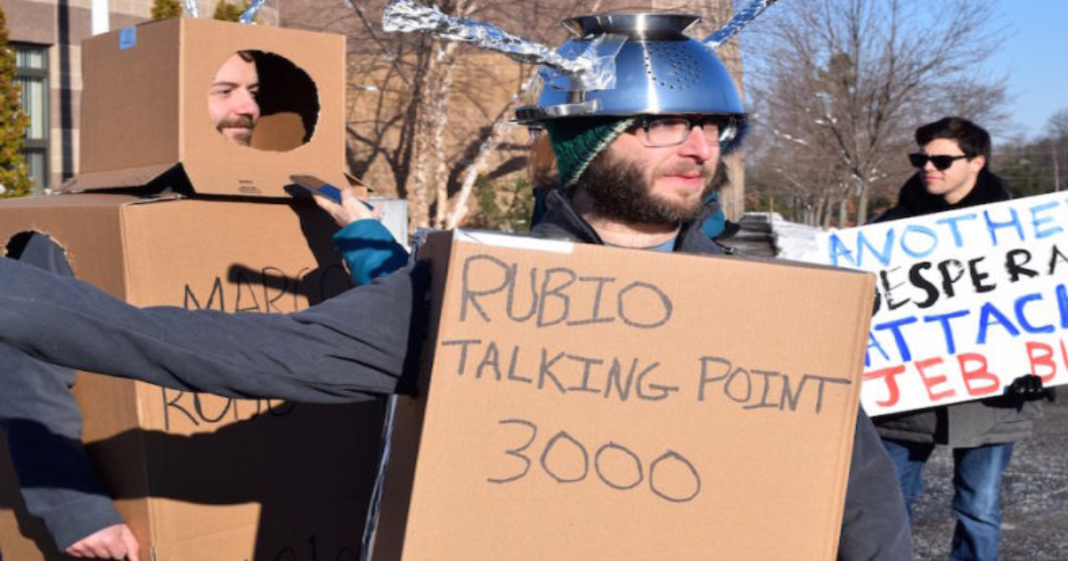 This election season, things have gotten a little silly on occasion. Need an example? How about these men who stood outside of a Marco Rubio event in New Hampshire this weekend dressed as robots and repeating the infamous line from Saturday’s debate,

The “roboto” is clearly a jab at Rubio who has been called a malfunctioning robot after his misstep of repeating the same phrase four times during the latest debate, prompting many to question who, exactly, is controlling the Rubio campaign.

Check out the Marco Robotos in the flesh-er-metal.