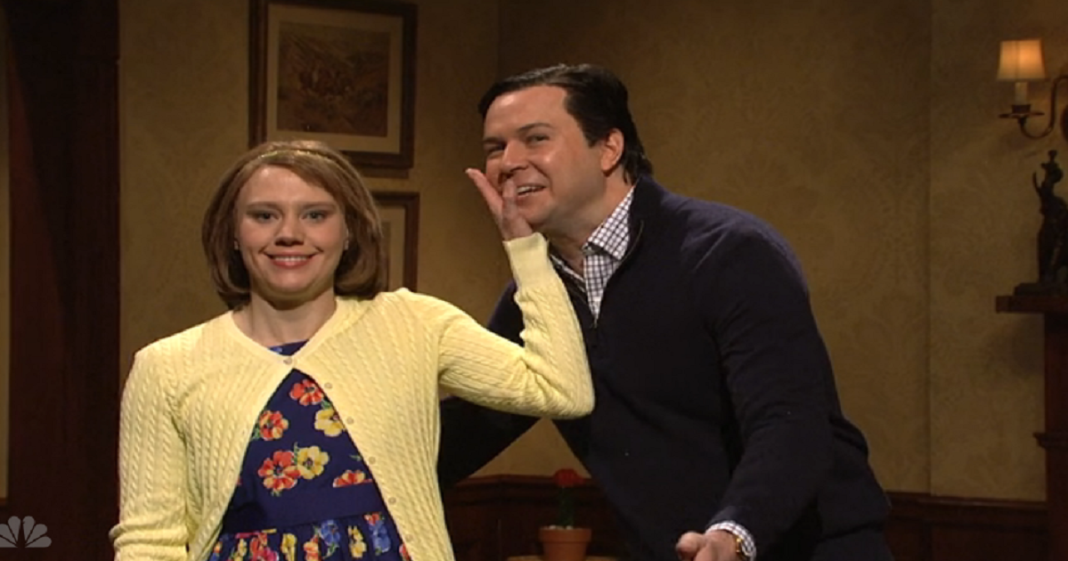 Smack dab in the middle of the political season, “Saturday Night Live” becomes a goldmine of political comedy. Saturday’s episode immediately after the Republican debate was no exception as Taran Killem-as-Cruz explained the many ways that Cruz’s personality is the most difficult obstacle to overcome in his quest for the White House.

“From the side, I look like a Farside Cartoon.”

“In other words, I have overcome perhaps the greatest political liability of all time: being Ted Cruz.”

The video also features Cruz’s daughter denying him affection as well as a hilarious cackle from Cruz who thinks he is a whole lot funnier than he actually is.

No matter what the detractors say, when it comes to political comedy, SNL still has it.