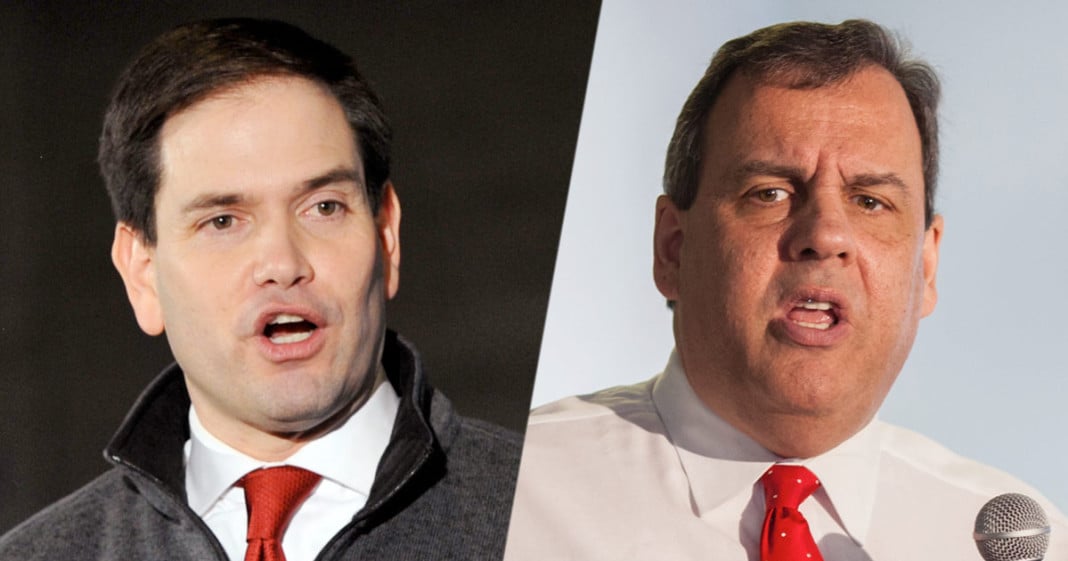 During last night’s debate, things got a little heated between Republican longshot Chris Christie and Establishment darling Marco Rubio when Christie called him out on his prepared speech talking points.

Rubio appeared flustered and dropped his usually unflappable neutral face in favor of a frustrated smile and even a defensive laugh. But then Rubio said his talking point again. And again. And again?

Looks like the GOP needs to take the Rubio model into the shop to get it looked at. Don’t you just hate it when your brand new shiny candidate starts skipping so soon?