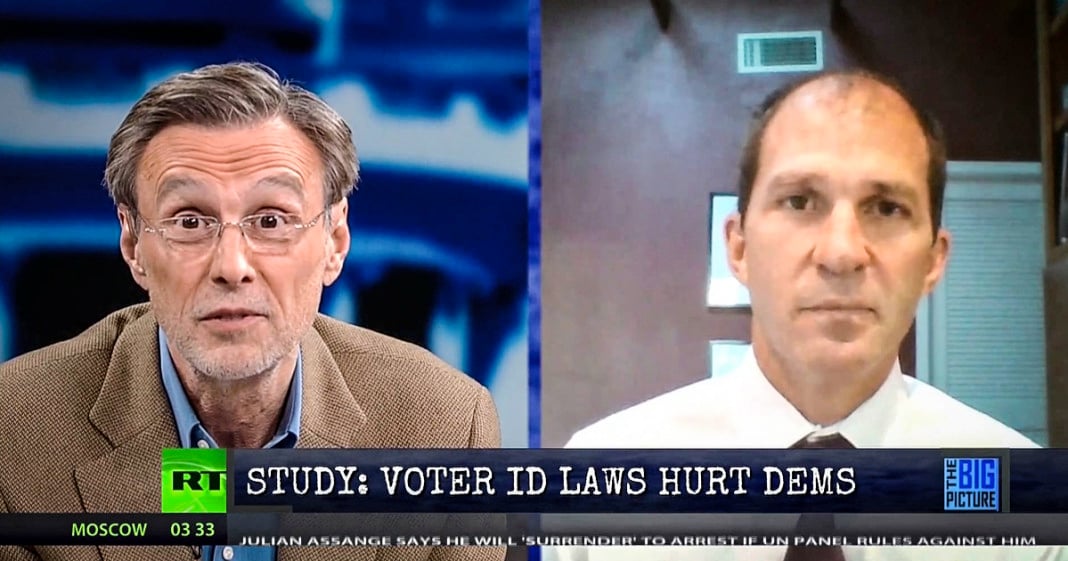 Until recently – there’s been no empirical research to show exactly how effectively voter ID laws actually work to suppress the vote – and how they disproportionately impact democratic voters. A new report out called “Voter Identification Laws and the Suppression of Minority Votes” used data from the annual Cooperative Congressional Election Study to compare that with strict voter ID laws to those that allow voters without a photo ID to cast a ballot. The authors found that strict voter ID laws disproportionately impact minority votes – and that Democratic turnout drops by an estimated 8.8 percentage points in general elections when strict photo identification is in place.” And that means that the GOP tactics to make it harder for citizens to vote are working – and that’s not just bad news for Democrats – it’s bad news for our Democracy.