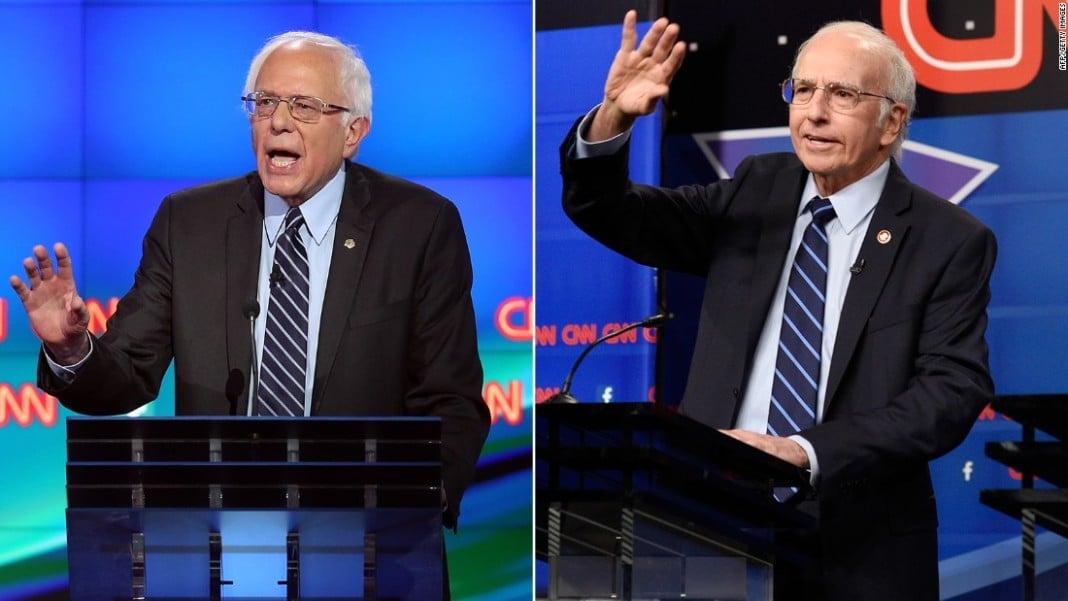 Get ready, Bernie Fans, because Saturday Night Live is about to be feeling the Bern on tonight’s live show. Tonight’s episode of Saturday Night Live is to be hosted by comedian and actor Larry David who has found his way back to the SNL stage portraying Democratic presidential candidate Bernie Sanders. Sanders campaign reported that the senator would be headed to New York City to be on the show.

Both Hillary Clinton and Donald Trump have already had cameos on the popular comedy skit show, and with the success of David’s impression, as well as the growing success of Sanders’ campaign, it only makes sense to bring the two together.

During Wednesday’s town hall event, host Anderson Cooper asked Sanders what he thought of the popular impression. Sanders replied that it wasn’t an impression; indeed, he was Larry David.