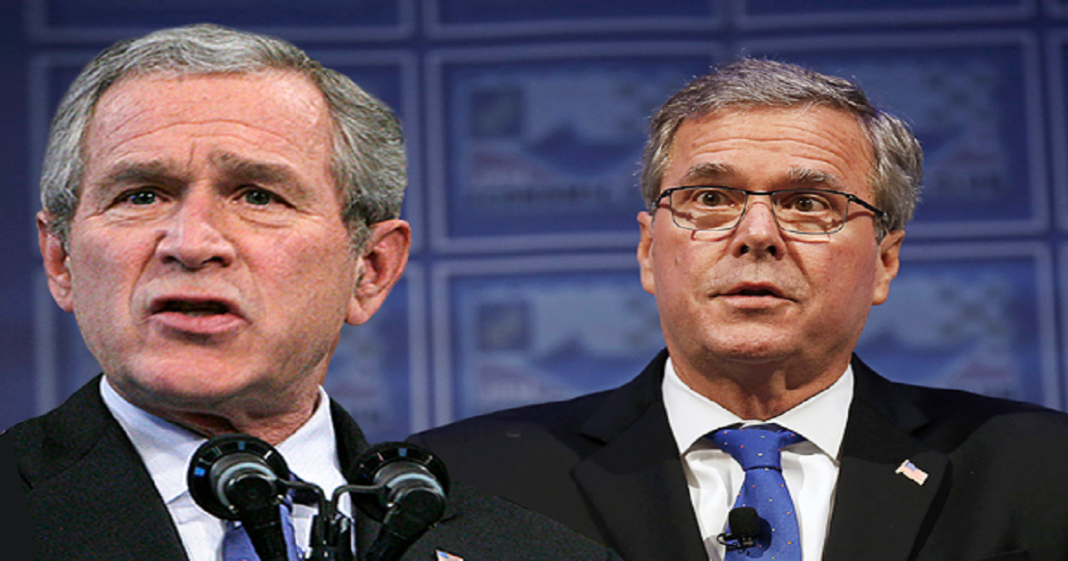 After Jeb Bush’s momma failed to win the election for him, young Jeb enlisted the help of his former Commander in Chief big brother to speak on his behalf in this new campaign advertisement.

It’s a little twilight-zone-esque to hear the president that sent America into a false, terrible war say that his little bro is just as capable and willing to do the same thing. Clearly, some conservatives will swoon when they see old Dubya, but for the majority of Americans, George W. Bush conjures up images of wasted lives, time and money, as well as deep regret for our actions.

“He knows when tough measures must be taken.”

Ok, I made that last one up, but doesn’t that sound like something 43 would say?