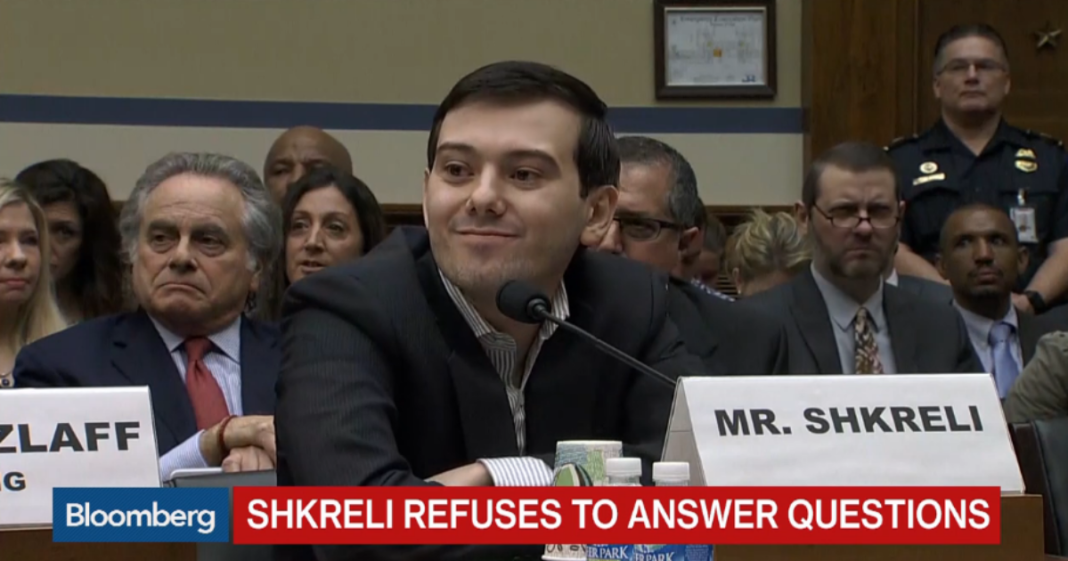 We talked yesterday about how uncooperative the “Pharma Bro” Martin Shkreli had been when he testified before Congress on pharmaceutical company drug prices this week, but nothing quite compares to seeing the ridiculous interaction between the childish man himself and an outraged congressional committee that cannot believe what they are facing.

The former CEO refused to respond to any questions, including one about the $2 million Wu Tang Clan album he famously purchased, instead invoking his Fifth Amendment right.

If you ever had any doubts about whether or not this overpaid criminal really deserves the infamy he has gained in recent months, watch this clip to see why, exactly, he is so infuriatingly hate-able.