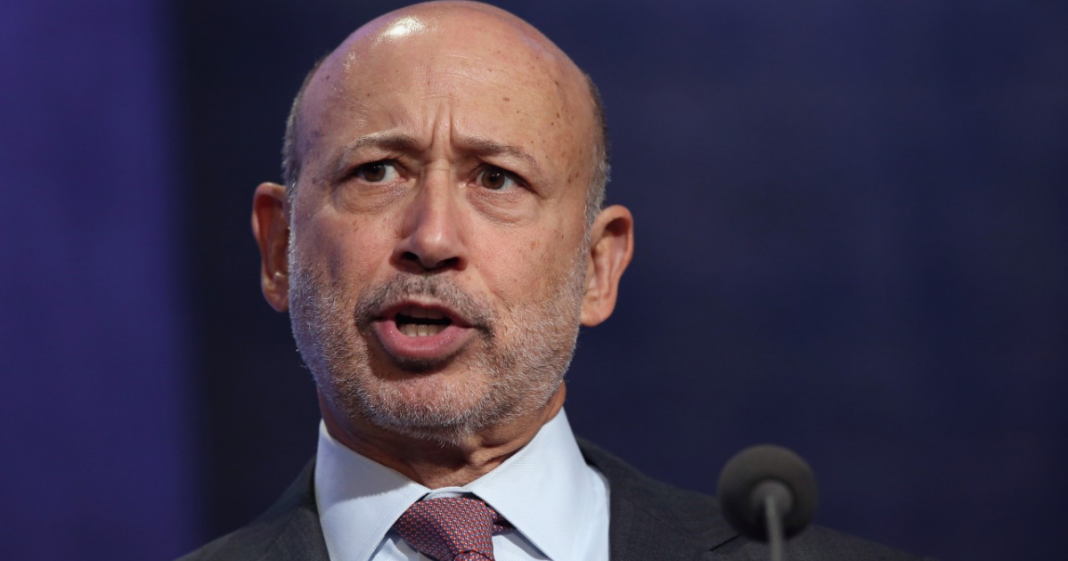 It’s no secret that global investment banking firm Goldman-Sachs represents the cancer that Wall Street and the billionaire class have become on the body politic. That particular firm was one of the primary culprits in the sub-prime mortgage crisis that nearly brought down the world economy. It was one of the big beneficiaries of Uncle Sam’s largess when the company came hat in hand, begging for a bailout and threatening our economic system if it didn’t get its way. Apparently, the fact that Presidential candidate Bernie Sanders has been speaking out so forcefully again Wall Street greed and corruption has Goldman-Sachs CEO Lloyd Blankfein a bit flustered. He’s now calling Sanders’ candidacy a “dangerous moment” for the nation.

It’s probably personal for Blankfein, though he denies it, explaining that he’s never met Sanders in person. Last month, when Bloomberg asked the Progressive statesman for an example of corporate greed, Sanders mentioned Blankfein by name. In turn, Blankfein has declared that Sanders’ ongoing attacks on bankers and “the billionaire class” could pose a threat – not only to his fellow oligarchs, but “for anybody who is a little bit out of line.” He goes on to say that

“It’s a liability to say I’m going to compromise I’m going to get one millimeter off the extreme position I have and if you do you have to back track and swear to people that you’ll never compromise. It’s just incredible. It’s a moment in history.”

It’s unclear what exactly Blankfein is referring to, but it is plain to see that he is feeling threatened. While Blankfein and his fellow Wall Street bankers prefer the GOP, they can work with the Democrats (indeed, Blankfein and the Clintons go way back). Generally, the oligarchy hedges its bets by giving money to candidates of both parties, which is why the system continues to be rigged in their favor – and against everyone else.

It’s also why Americans across the political spectrum despise and distrust Wall Street as well as politicians. The problem for Blankfein is that Sanders cannot be bought – and increasingly, voters are seeing it.

In a letter sent out to his supporters, Sanders responded to Blankfein’s little hissy fit:

“I find it a little beyond comprehension that Lloyd Blankfein would lecture our campaign about ‘dangerous moments’ after Wall Street received huge bailouts from the working families of this country, when their greed and recklessness caused millions of Americans to lose their jobs, livelihoods, and homes just a few years ago. His arrogance has no end. Now Wall Street is pouring money into other campaigns. But I am here to tell you that we don’t want their money and we don’t want their super PACs.”

This is why Americans across the political spectrum are “feeling the Bern” – and there isn’t a whole lot that Blankfein and his fellow oligarchs with all their billions of dollars in bribes can do about it.