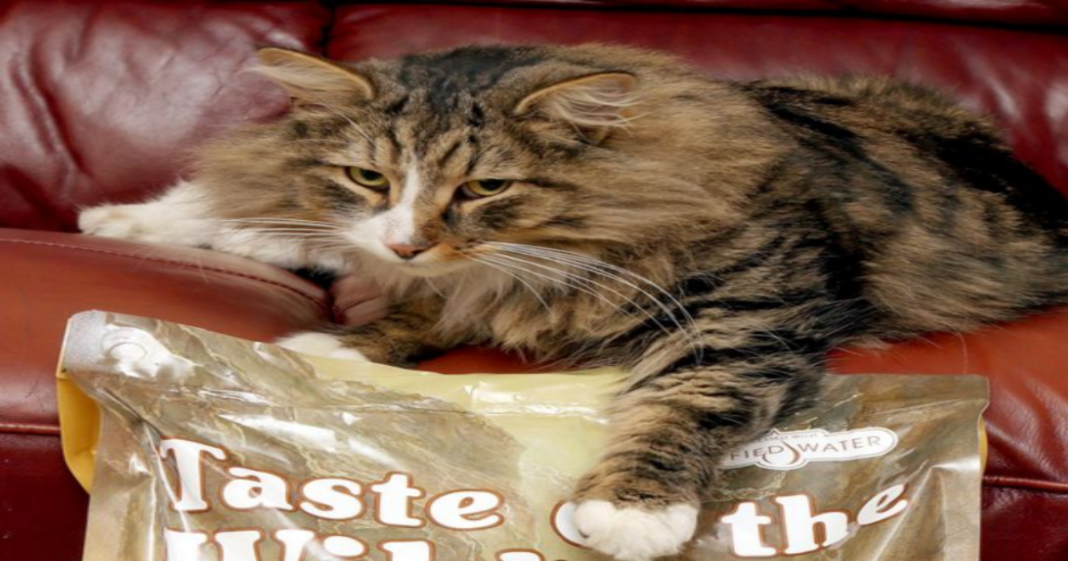 A family pet who went missing has been found safe and sound nearly 14 months later, but it came home twice the size!

It turns out that a cat named Clive had been living in a nearby pet food factory during his time away from home, eating as much as he wanted and gaining quite a bit of weight as a result.

Owners Tanya and Johnathan Irons had tried everything to get their kitty to find its way home from flyers posted in the neighborhood to shared Facebook posts, but all it took was a call from staff at the factory two miles away to bring not-so-little Clive home.

According to the Mirror:

“Workers at Kennelgate Pet Superstore in Stapleford, Notts., were suspicious when they found evidence of a cat-burglar living in the store – and came up with a cunning plan to trap him.

They placed a trail of kitty treats leading up to a basket suspended over a pressure pad which would cause it drop leaving the culprit inside.”

This is a photo of 9-month-old Clive before he went missing (right): 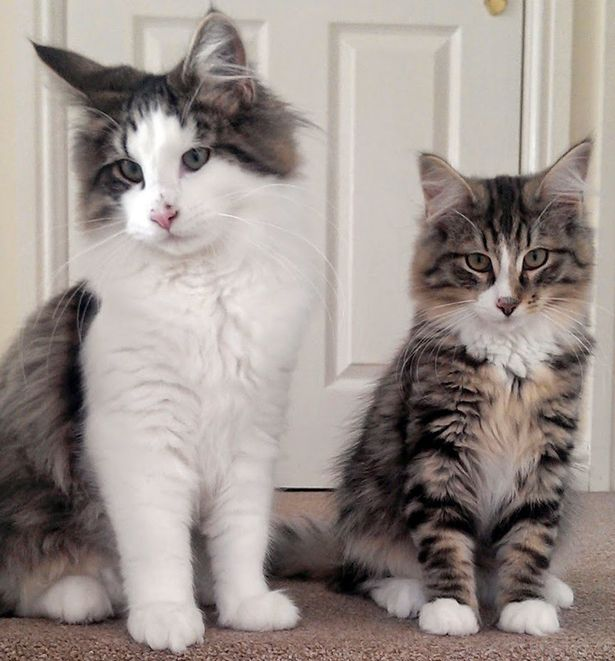 And this is the kitty post-binge: 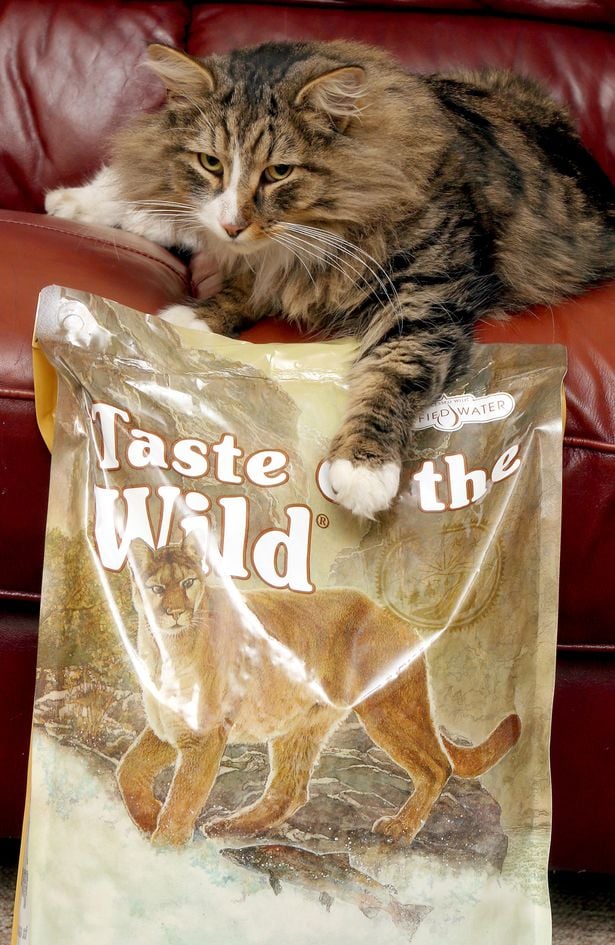