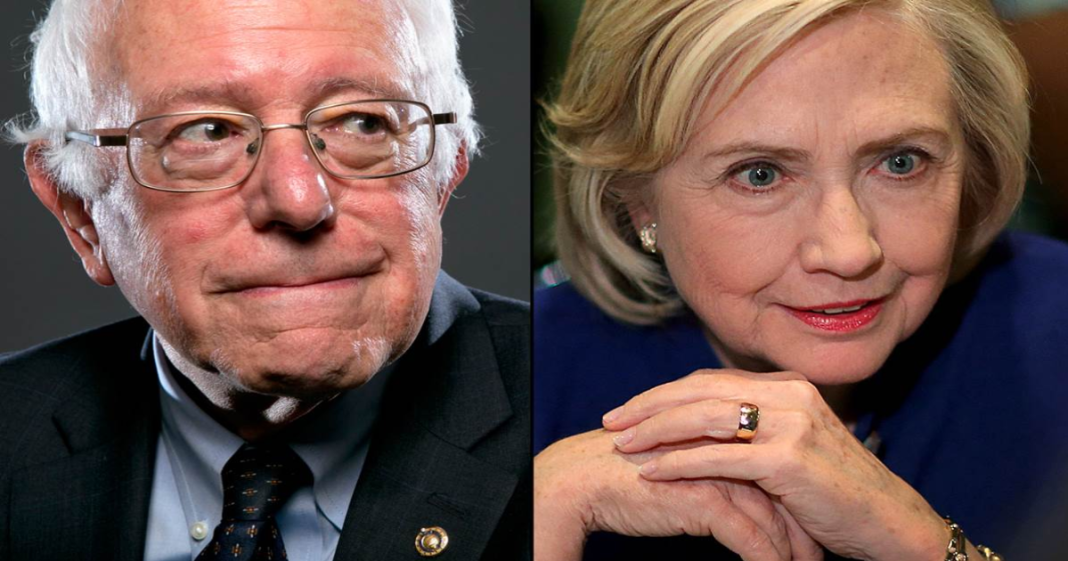 During Thursday night’s Democratic Debate in New Hampshire, things got heated when the question of Hillary Clinton’s close ties with Wall Street was brought to the forefront. As he has done before, Senator Bernie Sanders criticized the secretary for taking large speaking fees from Goldman Sachs.

Clinton has not done a very good job defending herself from the insinuation that she is in bed with Wall Street and Big Banks in the past, but this time she took the route of faked integrity and chided the Senator for daring to “smear” her.

“I think it’s time to end the very artful smear that you and your campaign have been carrying out in recent weeks,”

“[You say] anyone who ever took donations or speaking fees from any interest group has to be bought. And I just absolutely reject that, Senator. And I really don’t think these attacks by insinuation are really worthy of you. And enough is enough. If you have something to say, say it directly. But you will not find that I ever changed a view or a vote because of any donation that I ever received.”

Her response had the tone of a disappointed mother, but the questions Sanders has raised about her ties to Wall Street are legitimate. Hillary agrees with Sanders that the influence of money in politics has to stop, but they are both firmly on separate ground when it comes to walking the walk.