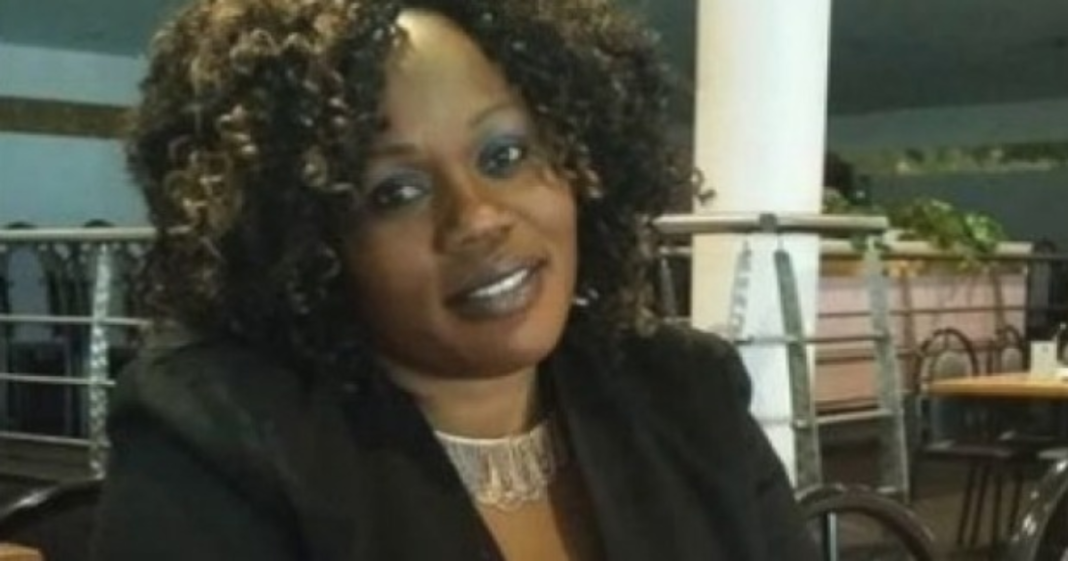 It was an episode straight out of an Agatha Christie mystery. A man attends the funeral of his late wife, only to have her show up at the event, alive and well – much to his horror and dismay. It’s a lurid tale spanning two continents and played out over five days and 7,500 miles. However, this story has a happy ending – for the wife, at least.

It all began about a year ago. Noela Rukundo of Melbourne, Australia, had returned to her native country, the central African nation of Burundi, in order to attend the funeral of her beloved step-mother.  That evening, following the service, Noela returned to her hotel room, emotionally drained and physically exhausted. Dozing in the tropical heat, she began to drift off. Her respite was rudely interrupted by the ringing of the phone. Jerked awake, she picked up the receiver and answered, to find her husband, Balenga Kalala, on the other end.

“I’ve been trying to get you the whole day!”  said Kalala.

“To bed? Why are you sleeping so early?” her husband demanded.

Kalala ended the call by telling his wife to go out for some air. Noela decided that it wasn’t a bad idea. Smiling to herself as she left her room, she thought it was sweet of her husband to be concerned about her.

Noela stepped outside. Suddenly, she was confronted by a man wielding a gun. Pointing the weapon at her, he said “Don’t scream. If you start screaming, I will shoot you. They’re going to catch me, but you will already be dead.”

Terrified, Noela obeyed. She put up no resistance as she was loaded into a waiting vehicle and had a scarf tied over her head. Her abductor said, “Let’s go.”

The next forty minutes were the longest in Noela’s life – which at that moment, seemed as if it would be coming to an abrupt end. Eventually, the car stopped. Still blindfolded, she was taken out of the vehicle and shoved into a building, where she was tied to a chair. “Go call the boss,” said one of the kidnappers.

She heard footsteps entering the room. A rough voice demanded, “What did you do to this man? Why has this man asked us to kill you?”

Horrified, Noela pleaded, “Which man? I don’t have any problem with anybody!”

Noela couldn’t believe it. “My husband can’t kill me! You are lying!”

Suddenly, Noela felt a hand striking her across the face roughly. “You are very stupid. You are a fool. Let me call who has paid us to kill you.” And so he did, putting the call on the loudspeaker. “We already have her,” the boss said.

In despair, Noela listened to the voice of the man she loved, had married and had fathered three of her children say: “Kill her.” After that, the boss told Kalala how and where they would be disposing of the body.

Noela passed out. When she came to later, she thought, I’m already dead. Nothing I can do can save me.

Instead however, her scarf was removed. He captor looked into her eyes and said, “We’re not going to kill you. We don’t kill women and children.” He did however give Noela a dressing down. “You’ve been stupid,” he berated her. “Your husband paid us in November, and you come to Africa in January…how stupid can you be, you can’t see that something is wrong?”

Noela Rukundo was held captive for two more days while her would-be assassins extracted an additional $3,400 in Australian currency (approximately $2400 USD) from her husband to finish the job. Upon releasing her, she was given three days to leave Burundi. The boss warned, “Your husband is serious. Maybe we can spare your life, but other people, they’re not going to do the same thing.” Before leaving her at the side of a road, he said, “If God helps you, you’ll get to Australia.”

As Noela got out of the car, her abductors handed her a gift: a memory card with a record of all their telephone conversations with her husband – as well as receipts for the wired payments. Before driving off, the boss admonished: “We just want you to go back, to tell other stupid women like you what happened.” Cynically, he added: “You people get a chance to go overseas for a better life, but the money you are earning, the money the government gives to you, you use it for killing each other!”

At that, Noela’s kidnappers drove away.

With the help of the pastor of her church back in Melbourne, Noela was able to get home about three days after her ordeal.  By then, her husband had told friends and family that she had been killed in a “tragic accident” while in Burundi. When Noela arrived home, Kalala was busy being comforted by mourners over the loss of his “beloved wife.” She sat in the car watching people leave until her husband emerged.

He saw her, his expression turning to one of abject terror. “Is it my eyes? Is it a ghost?”

Slowly, Kalala approached his wife, babbling to himself. Hesitantly, he touched her shoulder. It was like an electric shock. Suddenly, he cried, “Noela, is it you? I’m sorry for everything!”

It was a bit late for that. Noela called the local constabulary. Upon their arrival, officers took Kalala into custody as Noela turned over the evidence she had received from her kidnappers.

What was Kalala’s motive? According to Noela, it was the old green-eyed monster. Her husband had somehow gotten it into his head that she was leaving him for another man and had arranged her killing in a fit of jealousy. When he finally confessed, begging her to forgive him, Kalala said, “Sometimes [the] Devil can come into someone.”

Unfortunately for Kalala, “the Devil made me do it” is not a valid legal defense. Last December, an Australian court sentenced Kalala to a nine year prison sentence for incitement to murder.

Although Noela Rukundo survived her ordeal and her husband has been brought to justice, she still faces many challenges in the patriarchal, male-oriented culture of Melbourne’s African community. She has become an outsider, and despite the evidence that her husband attempted to have her killed, many blame her for his conviction. She told the local media, “My past life? That is gone. I’m starting a new life, now.” She adds, “I will stand up like a strong woman.”