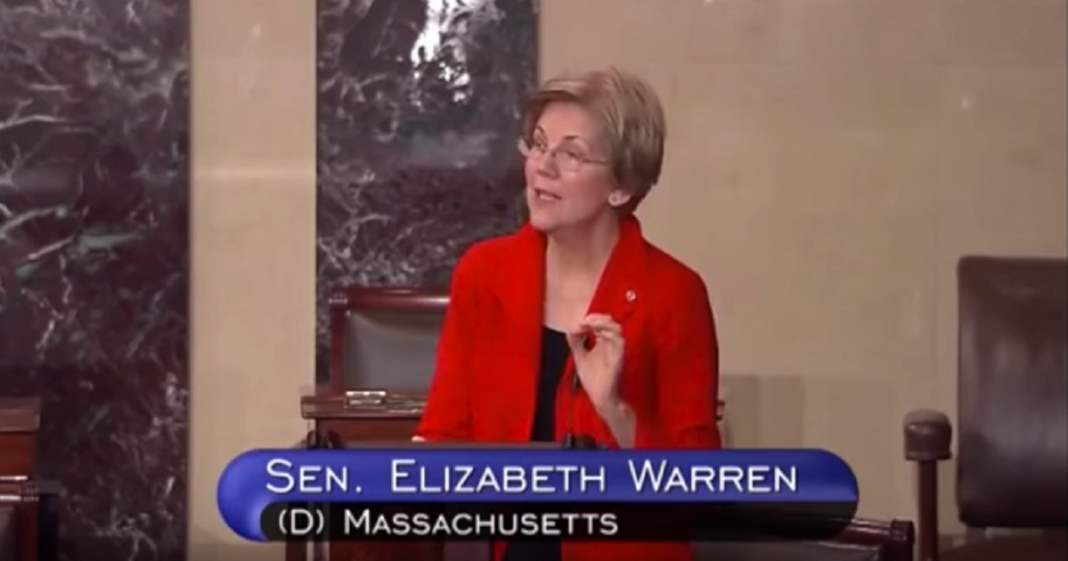 Senator Elizabeth Warren has spent the past few days railing against a bill headed to the House which would make it harder to investigate and prosecute bank fraud.

Warren points to the 2008 crisis where no bank executives were jailed for their role in the collapse, saying that these bankers are still in bed with Congress.

Thursday morning, Warren took to Twitter to express her outrage in a slew of tweets. Warren warned the American people that action is necessary to dissuade Congress from passing such a harmful law. 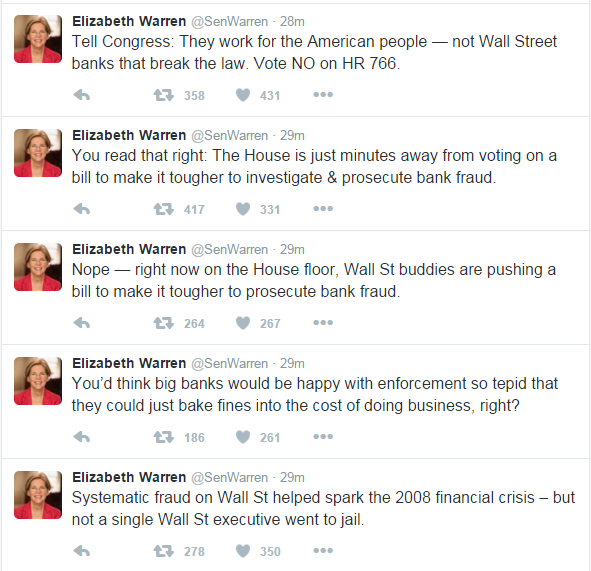 Warren referred to the bill and its success as another symptom of the “rigged system,” warning Congress that America was watching their actions.

Warren spoke against the bill on Wednesday. You can see that video here: