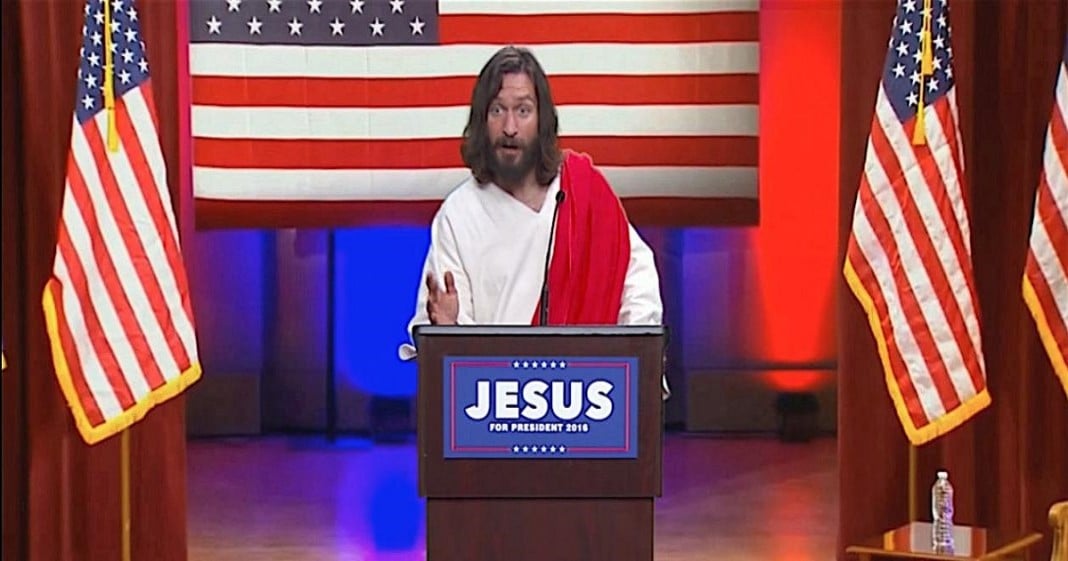 Jimmy Kimmel recently had a skit on his show which featured a man dressed as Jesus saying common GOP candidate phrases like “I don’t think orphans under five are being––you know, you should be admitted into the United States at this point.”

The point of the skit was to point out the hypocrisy of so many candidates pretending to be devout Christians while ignoring the main tenants of their religious beliefs. When the Jesus character brags about “guns and bacon,” it is made clear that the actions of these candidates do not reflect a religious adherence to the teachings of Christ.