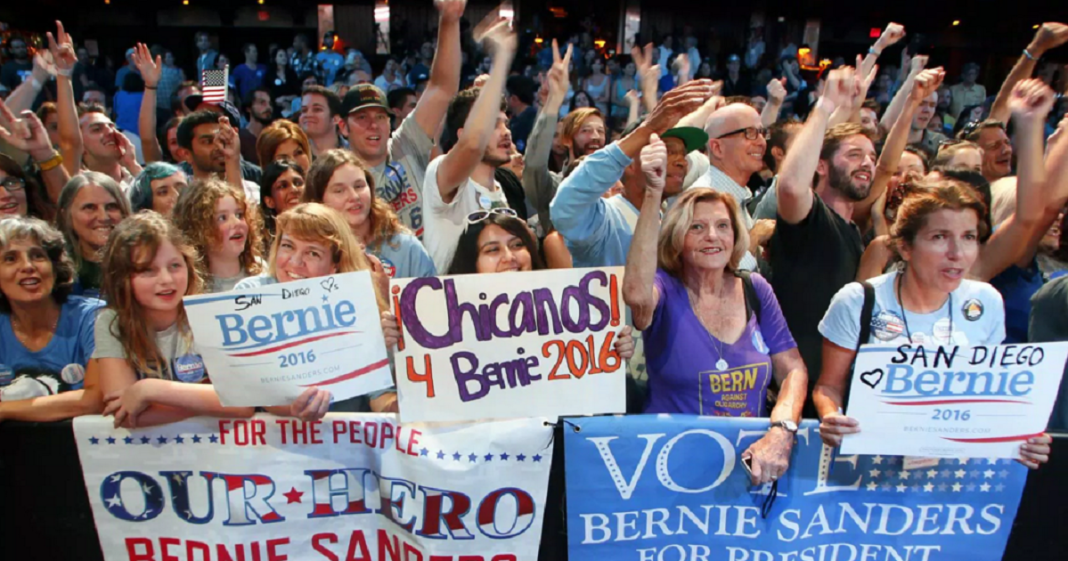 You may have heard a new term circulating around the Democratic party: “Bernie Bros.” Its a term used by opponents of the Bernie Sanders campaign to describe his supporters in a way that dismisses the legitimacy of supporting Sanders as well as imposing some sort of de-facto sexism in being pro-Sanders. It’s a sneaky little trick that conjures up images of frat brothers who like the idea of legal weed and free college, but who presumably don’t support Hillary based on her gender. It de-legitimizes his campaign and those who are working feverishly to make his idea of revolution a possibility.

The problem with this term is that it doesn’t properly characterize the gigantic number of women, particularly young women, who support Sanders. Women like myself.

Buzzfeed Community created a gigantic list of notable female supporters who are “Feeling the Bern” this election cycle to counteract this growing belief. These supporters are young and old, hispanic, black, white, LGBT. They are musicians and advocates, politicians and volunteers.

It is not uncommon as a Sanders supporter to be pelted with comments from Hillary fans calling one sexist and discriminatory. It is a cheap tactic used to guilt supports of Bernie into being silent and accepting Hillary-as-default. To characterize the supports of Senator Bernie Sanders as “bros” is to dismiss his large female following and reduce the competition to the barest gender divide. It is unfair, and it needs to stop.

A woman president would be notable, and it is something I want to see in my lifetime, but I am not willing to throw my vote away to a candidate I feel is corrupt and inferior just to achieve a token victory for my gender. As I have said before, I expect more from my female leaders.