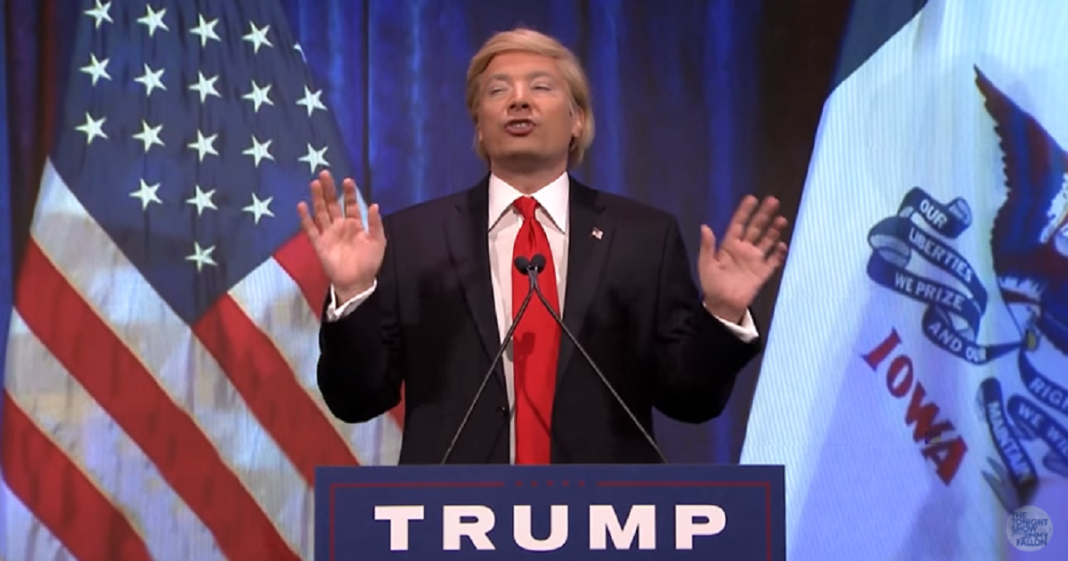 Jimmy Fallon brought out his (pretty excellent) Donald Trump impression to imagine an alternate version of post-Iowa Trump who has a hard time accepting that he lost the Caucus.

Fallon-as-Trump proclaimed that one plus one makes two, which means that second place is like winning twice.

“The people of Iowa have wisely named me the winner and champion of second place.”

Fallon’s Trump then went on to name great things in pop culture that are associated with the number two. It’s great.