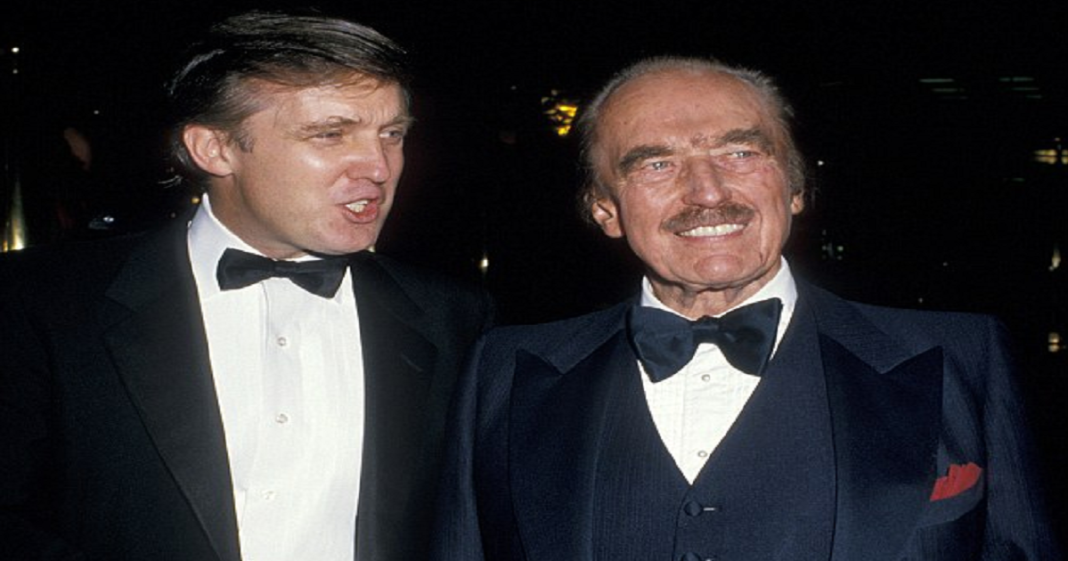 It might have been Donald Trump that lyricist Oscar Hammerstein III was thinking of when he penned the lyric to “You’ve Got To Be Carefully Taught” from the musical South Pacific. The driver of the 2016 GOP Clown Car certainly took his father Fred’s lessons to heart in that respect – and it was another songwriter, folk legend Woody Guthrie, who found outrage as well as inspiration when he leased a New York apartment from Trump the Elder in 1950.

Like Hammerstein, as well as E.Y. (“Yip”) Harburg, Pete Seeger, Artie Shaw and other white artists of the period, Guthrie was not afraid to stand up for his African-American brethren at a time of rampant institutionalized racism. By the time he moved into Beach Haven, Guthrie had established a long track record of speaking out against racial injustice in songs such as “The Ferguson Brothers’ Killing,”  “Buoy Bells From Trenton,” and “My Thirty Thousand”  –  all of which were inspired by actual events involving gross miscarriages of justice against blacks.  By 1949, Guthrie had written more than 20 songs highlighting and protesting the treatment of African-Americans.

Guthrie knew little about his new landlord when he signed the lease for an apartment in a building owned by Fred Trump. By the time he moved out two years later however, he knew enough.

Fred Trump was among those thoroughly corrupt individuals who made his money on the backs of taxpayers in the wake of the Second World War. With a huge influx of servicemen returning from overseas, affordable housing in New York became a scarce commodity. In the late 1940s, the Federal Housing Authority (FHA) provided loans and subsidies for the construction of apartment buildings. Trump was among the first with his hand out to Uncle Sam. One aspect of the FHA was its “guidelines” for keeping such buildings and neighborhoods strictly segregated. Officially, these guidelines were in place to avoid “inharmonious uses of housing.” Unofficially, it meant “whites only.” Ironically, these “restrictive covenants” were in place in an extraordinary number of FHA housing projects. It was an all-out betrayal of President Franklin Roosevelt’s vision and intentions when his Administration established the FHA as part of the New Deal.

It was a betrayal that  “Old Man Trump” embraced enthusiastically – much to Guthrie’s dismay. Within a year, he had dubbed the building “Bitch Haven” and began writing descriptions of how to turn Fred Trump’s “whites only” building into a place where one could find “a face of every bright color laffing [sic] and joshing in these old darkly weeperish empty shadowed windows.”  Guthrie’s lyrics to songs such as “Beach Haven Ain’t My Home” made it abundantly clear where he stood on the issue.

Eventually, the day of reckoning came for Fred Trump. In 1954, he was investigated by the Eisenhower Administration for profiteering. The investigation revealed that Trump had getting federally subsidized loans in excess of what had actually been needed to finance the project and pocketing the difference – which became the basis of the Trump fortune. Twenty years later, the U.S. Department of Justice brought charges for “racially discriminatory conduct by Trump agents” that had “created a substantial impediment to the full enjoyment of equal opportunity.” In 1978, journalist Wayne Barrett of The Village Voice wrote and published an exposé on the Trumps and how they had built their corrupt financial empire. In that article, Barrett explained how Trump the Elder carried out his racist agenda:

“According to court records, four superintendents or rental agents confirmed that applications sent to the central office for acceptance or rejection were coded by race. Three doormen were told to discourage blacks who came seeking apartments when the manager was out, either by claiming no vacancies or hiking up the rents. A super said he was instructed to send black applicants to the central office but to accept white applications on site. Another rental agent said that Fred Trump had instructed him not to rent to blacks. Further, the agent said Trump wanted ‘to decrease the number of black tenants’ already in the development ‘by encouraging them to locate housing elsewhere.’”

Donald Trump is as corrupt and racist as they come – but he didn’t become that way in a vacuum. He was carefully taught.