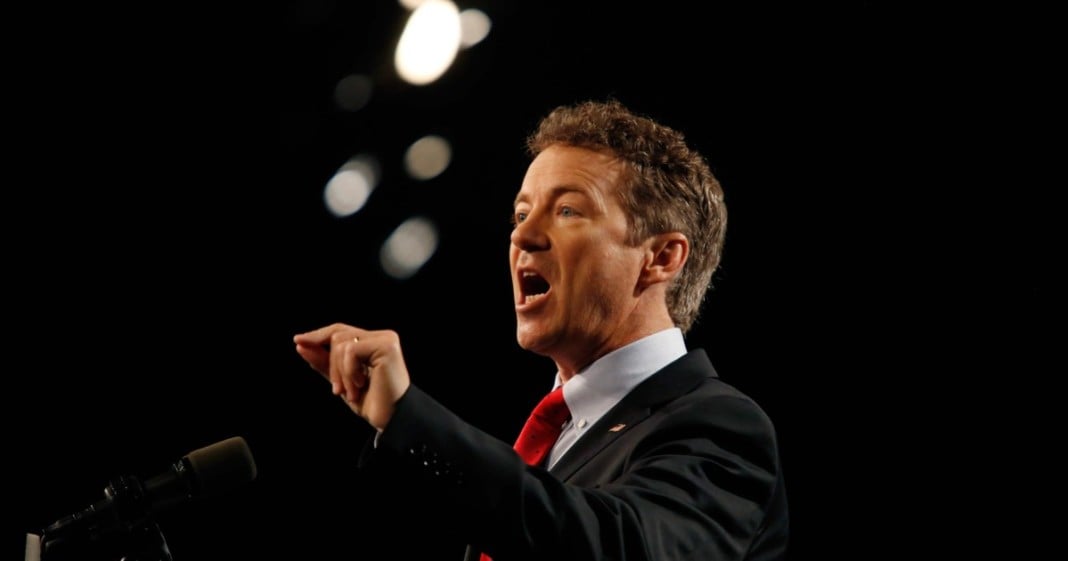 Rand Paul has announced that despite beating Jeb Bush in the Iowa Primary, he will be suspending his 2016 campaign. Paul made the announcement in a press release on Wednesday morning.

“It’s been an incredible honor to run a principled campaign for the White House. Today, I will end where I began, ready and willing to fight for the cause of Liberty.”

Paul has been notable in the Republican race as a candidate which tried to keep the party honest, pointing out the hypocricy of Republicans who wanted to cut spending in all areas except the military. Paul was also in tune with racial inequality in America, particularly in the justice system.

Paul will return home to begin in earnest his campaign for reelection in Kentucky.

Shortly after the announcement, Rand posted this thank you video on his Twitter page to show his gratitude for all of his supporters during the campaign.