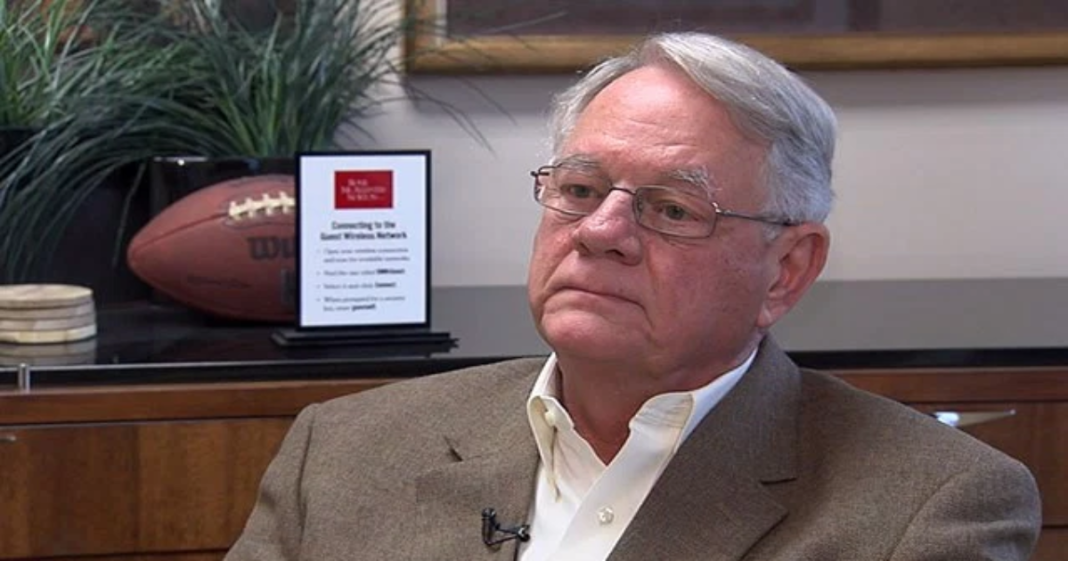 A Republican election commission chair in Tennessee has resigned after an investigation revealed that he and another official were spending taxpayer money on pointless things.

Roy Buchanan was cornered by Nashville’s WSMV who conducted the investigation, and reporter Alanna Autler asked Buchanan to confirm whether or not he had spent Election Commission money on expensive dinners and office decorations while also shutting down early voting sites for lack of funding.

Buchanan tolerated the questions from Autler for a bit, but when she pressed him further, he retaliated and called her a bitch.

“That’s exactly the bitch I thought you would be,” Buchanan said.

Later Buchanan was asked if he regretted his remarks, but he said that he supported his initial statement. Buchanan felt he used the appropriate word to describe Autler, despite what repercussions that might have.

“I said it. I meant it. I still mean it. That was the one word that I could think of that accurately conveyed what I was thinking at that time.”

Three days after he made the initial remark, Buchanan resigned from his position. His wife has since taken to social media, insulting people who support the reporter and condemn Buchanan for his remarks. Wonderful family, there.