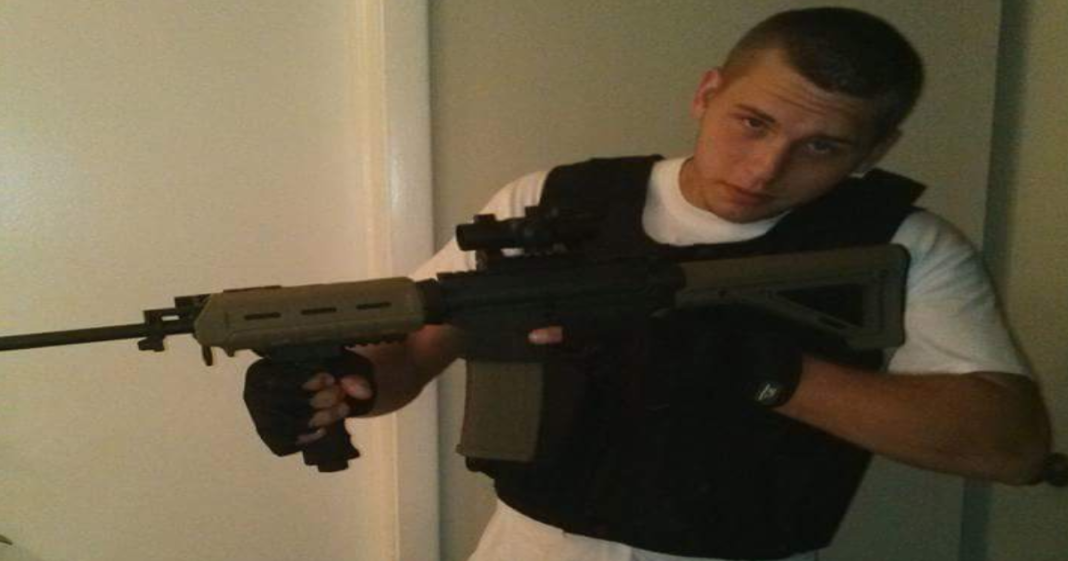 Michael Ramos, an extremist located in Tampa, Florida was turned in to police by a former boss who said that he was stockpiling pipe bombs. Ramos was searched and arrested by police on Monday.

Ramos said that he made the bombs from materials he purchased online using his girlfriend’s credit card. Ramos claims he wasn’t planning a mass attack but was stockpiling the explosives for “if sh*t hits the fan.”

Ramos’ former boss told him to get rid of the bombs or he would be turned in to police. Ramos refused, which is when his boss took further action. Police arrived with a warrant and found eight pipe bombs, tear gas, smoke grenades, an AK-47, a pistol and a large quantity of ammo.

A cursory glance at Ramos’ social media accounts shows that he was a fan of extremist, Tea-party style politics and was afraid that the government was ready to seize citizens’ guns. Various photos show Ramos posed in camouflage in front of a “Don’t Tread on Me” banner holding a large gun.