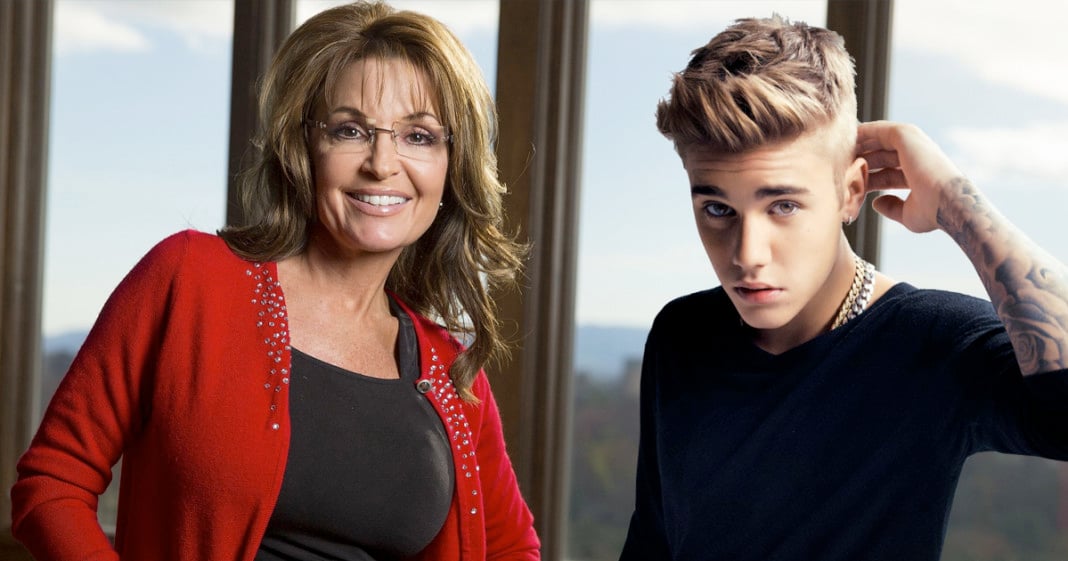 Sarah Palin commented on her unwavering support for Donald Trump recently with CNN‘s Jake Tapper, forgiving the candidate for his flip-flopping record on the topic of abortion.

Trump has gone on record previously for being “very” pro-choice, but now claims to be pro-life. Palin, despite being one of the most insanely pro-life politicians, was quick to defend Trump’s change in position.

“I am so glad Trump has seen the light,” Palin said.

But because Palin is Palin, she didn’t stop there, instead comparing Trump to another notable celebrity: Justin Bieber.

“There are groups that are pro-life; they are giving Trump a hard time on his views of abortion while they’re celebrating others like, umm, I was going through a list, like Justin Bieber, and umm, gosh…”